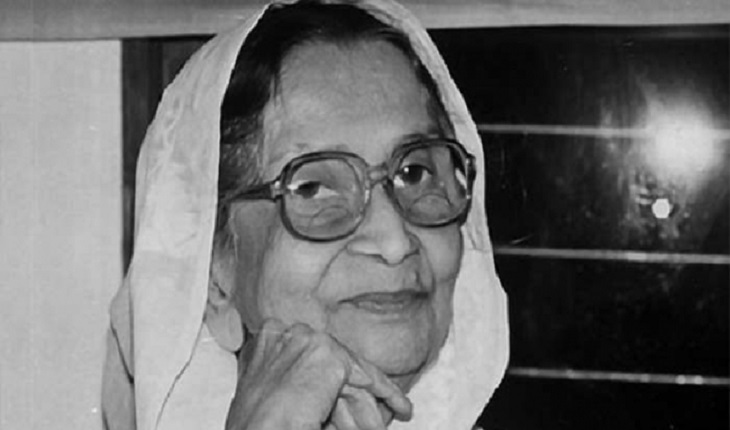 The 109th birth anniversary of poet Begum Sufia Kamal  is being observed on Saturday.

Born on June 20, 1911, Sufia Kamal was a pioneer in the movement for women emancipation. She was instrumental in naming the first women's dormitory of Dhaka University as Rokeya Hall.

During the Liberation War, she helped women hurt during the war and campaigned for bringing Pakistani war criminals to justice.

In the message, Sheikh Hasina paid profound respect to memories of the poet saying, on the one hand, she (Sufia) was a portrait of a traditional Bengali woman and on the other, she played an uncompromising and strong role in every movement in Bangladesh.

The thoughts of Begum Rokeya, the pioneer of woman renaissance, had a longstanding impact on her life. Dhaka University’s first female dormitory was named after Begum Rokeya as per the demand of Sufia Kamal, she said.