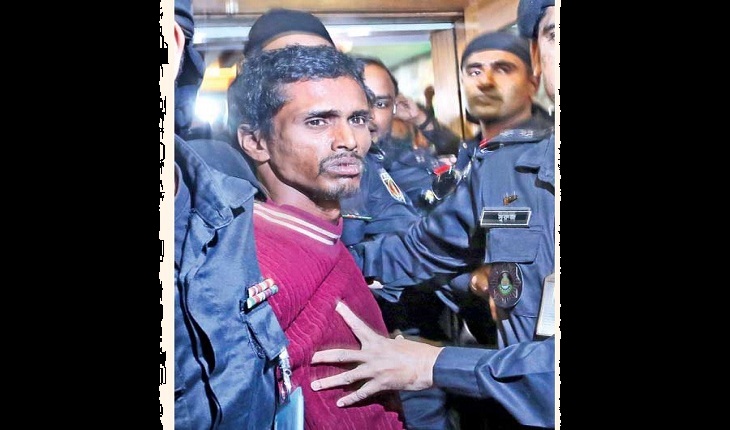 A Dhaka court on Wednesday placed Majnu on a seven-day remand in connection with a case filed for raping a Dhaka University student at Kurmitola area in the capital.

Dhaka Metropolitan Magistrate Md Sarafuzzaman Ansari passed the order after police produced him before the court with a ten-day remand prayer in a rape case.

He choked the DU student and dragged her to a nearby bush. He hit the girl and tried to kill her after rape, the Rab officer said, adding that the offender had admitted to being a serial rapist and a drug addict.

The DU student was assaulted by Mojnu at Kurmitola.

The incident sparked widespread protest at Dhaka University and elsewhere. DU students blocked Shahbagh intersection on Monday and gave the authorities a 24-hour ultimatum for arresting the rapist. They protested on Tuesday and Wednesday, too.

Teachers and students of DU on Wednesday demanded capital punishment for the rapist.

He is a serial rapist, used to rape beggars