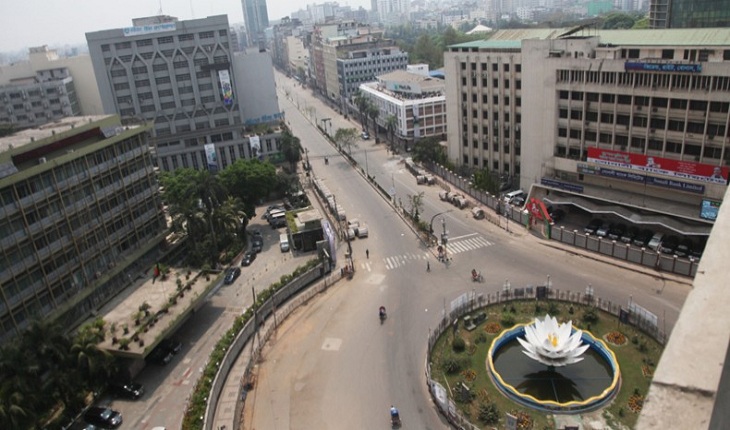 Govt. declared general holidays have been extended until April 14, the Ministry of Public Administration sources confirmed the matter on Sunday.

Public Administration secretary Sheikh Usuf Harun confirming the matter to media said, “The leave has been extended till April 14 to check rapid spreading of coronavirus in the country.”

The Public Administration Ministry earlier announced 10 days general holidays from March 26 to April 4 and then it was extended till April 9 and now it is again extended til April 14.

Government offices, except those involved in emergency services such as law enforcement agencies and hospitals, have been declared closed.

Kitchen markets remain open during this period. People have been asked not to leave their homes, except to collect emergency supplies and daily necessities.

According to the Institute of Epidemiology, Disease Control and Research (IEDCR) the total number of confirmed cases of coronavirus affected persons in the country is now 88.