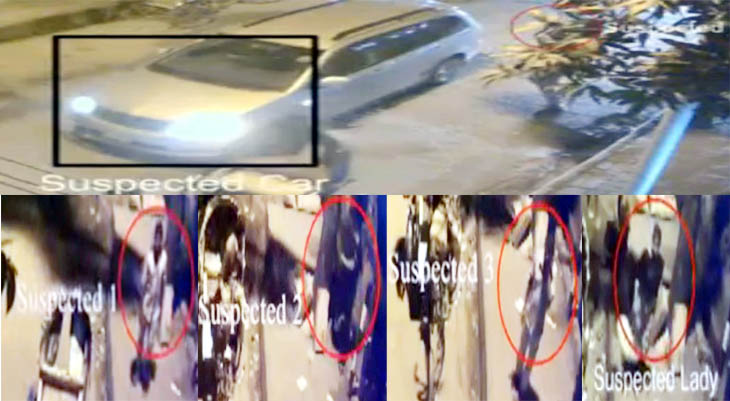 The Rapid Action Battalion has released a security footage with four suspects from the terror attack in Gulshan, seeking help to identify them.

The CCTV footage was posted on its Facebook page on Tuesday afternoon.

A written post with it said the footage showed four suspects possibly involved in the attack on Gulshan’s Holey Artisan Bakery and O’ Kitchen on Jul 1.

“Please contact your nearest battalion or camp if you can identify them,” it said, and provided a phone number: 01777720050.

The security cameras located between Road 75 and Road 79, where the cafe is located, show activities between 8:42pm and 9:00pm.

Three men and a woman have been isolated as being suspicious along with a passing vehicle.

Twenty hostages, 17 of them foreigners, were killed inside the cafe by five gunmen armed with rifles and explosives. Two policemen died when a grenade was hurled from the inside cafe.

Army commandos stormed the cafe next morning to end the overnight siege. They killed six gunmen holed up inside, the government said.

Home Minister Asaduzzaman Khan Kamal cited a security footage to claim the attackers entered the upscale restaurant one after another against previous reports by restaurant workers who said they used a microbus to enter the premises.