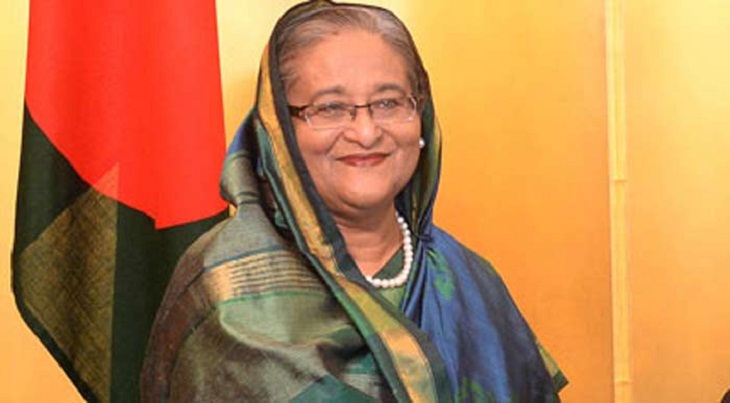 Prime Minister Sheikh Hasina is set to leave Dhaka for Jakarta on Monday on a three-day official visit to Indonesia to attend the Leaders' Summit in Commemoration of the 20th Anniversary of the Indian Ocean Rim Association (IORA).

The IORA is an international organisation consisting of 21 coastal states bordering the Indian Ocean.

Bangladesh Ambassador to Indonesia Major General Azmal Kabir and representatives of the host government would receive the prime minister at the airport.

After the reception at the airport, a ceremonial motorcade would escort Sheikh Hasina to Hotel Shangri-La at Central Jakarta City, a special capital region of Jakarta, where she will be staying during her visit to Indonesia.

On the first day of her tour, the Bangladesh premier would attend the Leaders' Welcoming Dinner at the Plenary Hall of Jakarta Convention Center (JCC).

On Tuesday, Sheikh Hasina will join the opening ceremony at the Assembly Hall- 3 of the Jakarta Convention Center from 9.45 am-10am.

She will later attend the opening session of the summit on "Adoption of the Agenda and Programme of Work".

The opening session would be followed by two sessions one on the Summary of Reports and another on "Adoption and Signing of the outcome document of the Summit". The Bangladesh prime minister will join both sessions.

Sheikh Hasina will attend the general debate on "Strengthening Maritime Cooperation for a Peaceful, Stable, and Prosperous Indian Ocean Rim" and deliver her statement in the event.

The prime minister will join the social lunch for the heads of delegation and is expected to join the closing ceremony of the summit and the press conference.

The Biman flight carrying the premier is scheduled to arrive at Hazrat Shahjalal International Airport, Dhaka at 2.40 pm (BST) the same day.

Indonesia, as the current chair of IORA, will host the first-ever IORA Leaders' Summit on March 5-7 in Jakarta under the theme "Strengthening Maritime Cooperation for a Peaceful, Stable, and Prosperous Indian Ocean".

The summit will bring together the Leaders of the 21 IORA member states and its 7 dialogue partners as well as other special invitees and guests for promoting cooperation and closer interaction among them.

It is expected to be a "game-changer" for regional cooperation in the Indian Ocean, and in keeping with the challenges that the region faces, aims to forge a revitalized and sustainable architecture in multi-dimensional engagement.

The summit is set to propose on adoption of strategic outcome documents entitled the "IORA Concord" and the "IORA Action Plan" as well as the "IORA Declaration on Countering Violent Extremism leading to Terrorism". These strategic documents reflect IORA's vision for the future.

The coordinating secretariat of IORA is located at Ebene, Mauritius.

'No place for Myanmar terrorists in Bangladesh'