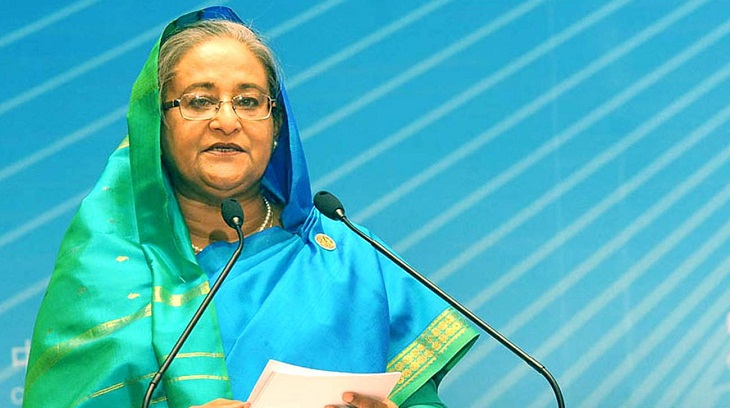 "A United Airlines flight carrying the prime minister and her entourage members took off from Dulles International Airport in the US capital of Washington for London at 10:15 pm on Monday (Bangladesh time 8:15 am today)," PM's Press Secretary Ihsanul Karim told BSS over phone from Washington.

Bangladesh Ambassador to the USA Mohammad Ziauddin and Permanent Representative to the United Nations Masud Bin Momen saw the prime minister off at the airport.

The flight is scheduled to land at Heathrow International Airport in London at 10 am London time (3 pm Bangladesh time) today.

Bangladesh High Commissioner to the UK Nazmul Qaunine will receive Sheikh Hasina at the airport.

After staying in the British capital for three days, the prime minister will return home on October 7. Sheikh Hasina travelled to the US capital from New York on September 22 after attending the 72nd UNGA session.

After staying in Washington for a week, she was scheduled to return home on October 2 via London.

But the date was deferred as the prime minister underwent a gallbladder surgery at a Washington hospital on September 25.

We’ve proved, we can: Hasina