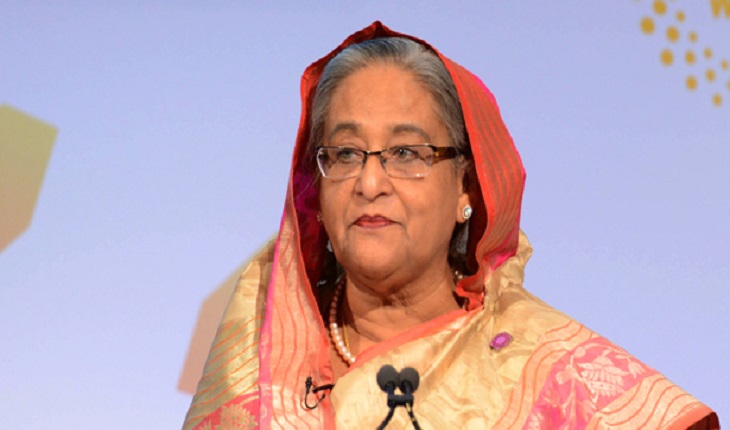 Bangladesh Prime Minister Sheikh Hasina has said the government wants the next general elections be held in a free and fair manner and all political parties to join it.

The prime minister made the remarks when UK Secretary of State for Foreign and Commonwealth Affairs Jeremy Hunt called on her in the bilateral meeting room at the UN headquarters in USA on Monday morning.

Jeremy Hunt said the UK is looking forward to free, fair and participatory elections in Bangladesh.

In response, the premier said: “We also want the next election to be free and fair and all (political) parties to join it.”

While talking about the Rohingya issue, the UK secretary of foreign affairs wanted to know from the prime minister about the repatriation process of the forcibly displaced Rohingya people.

In reply, the premier said Bangladesh has signed an agreement with Myanmar to this end. “Myanmar has agreed to take back their nationals from Bangladesh, but they don’t act accordingly,” she said.

Sheikh Hasina said the Rohingyas will return back to their homeland “if we can create a conducive environment and give assurance to them of their safe and dignified repatriation to their homeland. But that is not happening.”

In this connection, the prime minister sought support of all to shift the Rohingyas to an island called Bhashan Char.

Earlier, the prime minister attended a High-level Event on Global Call to Action on World Drug Problem organized by the Permanent Mission of the United States.

US President Donald J. Trump was present on the occasion, among other world leaders, the foreign secretary said.