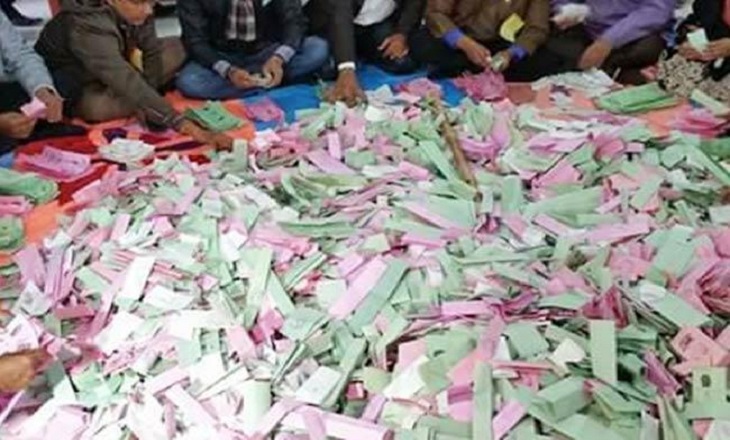 The voting in the 11th national election has ended amid reports of irregularities, including overnight stuffing of ballot boxes, and capturing of polling stations, and sporadic violence in different parts of the country, leaving 11 people dead.

The counting of votes then started immediately at all polling centres across the country.

The casting of ballots had started at 8am and ended at 4pm on Sunday.

The polling centres were teeming with voters, who seemed to be in a festive mood despite inclement weather, since the early morning.

The election in Gaibandha-3 constituency has been deferred due to the death of a candidate and voting for the seat will be held on January 27.

The EC is taking votes using Electronic Voting Machine (EVM) at all polling booths in six constituencies for the first time. The constituencies are- Dhaka-6 and 13, Chattogram-9, Rangpur-3, Khulna-2 and Satkhira-2.

In compliance with new electoral rules, a total of 39 registered political parties are contesting the polls.

About 6,08,000 members of law enforcement agencies have already been deployed to maintain law and order cross the country.