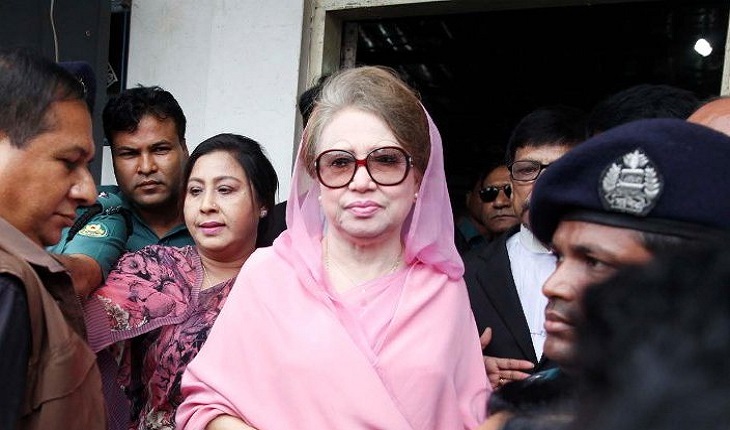 However, the BNP chief cannot get released from jail as she is convicted in two other cases.

He filed one case with Shahbagh Police Station on October 21, 2014 claiming that on October 14 of the same year, Khaleda at a programme in Engineers Institution in Dhaka said “the ruling party’s [AL] professed secularism was nothing but a sham,” adding that her remarks hurt religious sentiments of Muslims.

In another defamation case filed with a Dhaka court on January 25, 2017, he claimed that Khaleda Zia at a programme in Engineers Institution said Sheikh Mujibur Rahman had not wanted independence of Bangladesh, rather he (Sheikh Mujib) had wanted to be prime minister of Pakistan.

Former prime minister Khaleda Zia filed two petitions with the HC on May 22 seeking bail in the cases.

Khaleda landed in jail on February 8 last year after being convicted in a separate corruption case involving Zia Orphanage Trust, filed during the 2007-08 military-backed caretaker government rule. The HC later increased her jail sentence to 10 years in that case.