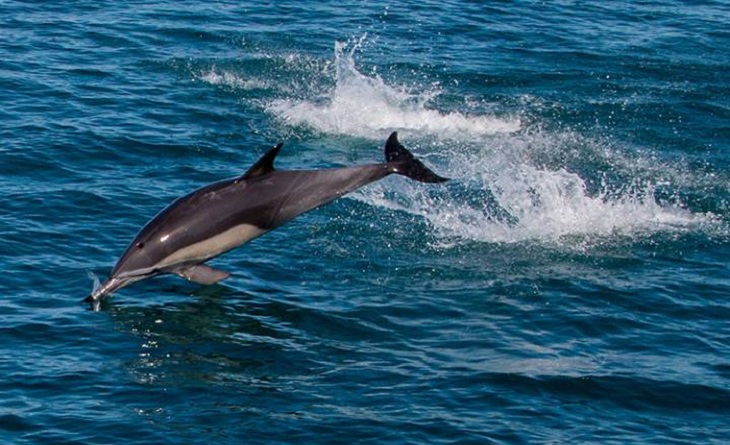 Environmentalists warned Friday that Mexico's vaquita marina, the world's smallest porpoise, was close to extinction as the government reported that only 60 were found late last year.

The population has dramatically dropped despite the arrival of navy reinforcements in the upper Gulf of California in April 2015 to enforce a ban on fishing gillnets blamed for the vaquita's death.

The porpoise's population had already fallen to fewer than 100 in 2014,down from 200 in 2012, according to the International Committee for the Recovery of the Vaquita (CIRVA), a global group of scientists.

Mexico's environment ministry said in a statement that a joint study with CIRVA between September and December estimated the latest population at "around 60."

"The vaquita is at the edge of extinction," the World Wildlife Fund said in a statement.

The vaquita's fate has been linked to another critically endangered sea creature, the totoaba, a fish that has been illegally caught for its swim bladder, which is dried and sold on the black market in China.

Poachers use illegal gillnets to catch the totoaba and vaquitas are believed to be the victims of by catch.

He deployed a navy patrol ship with a helipad, a dozen high-speed boats and two planes to enforce the prohibition.

Environment Minister Rafael Pacchiano said three vaquitas had been found dead and that protective measures needed to be reinforced, but federal authorities are convinced that the vaquita can still be saved.