'No more tumours in Muktamoni’s arm' 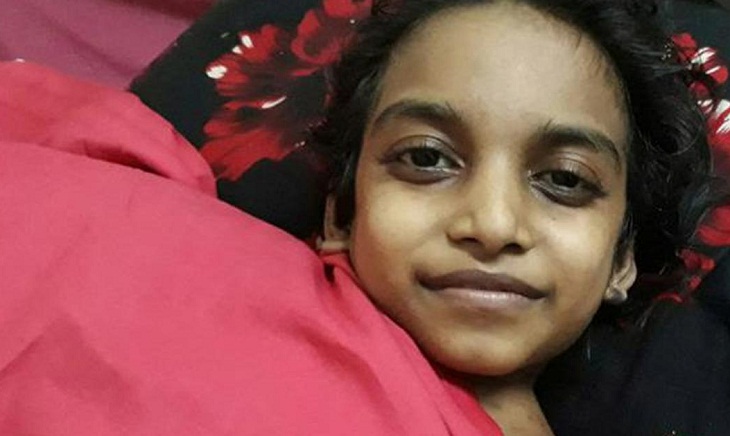 Muktamoni, the 12-year-old Satkhira girl who drew the nation’s attention with abnormally large arm, has undergone a third surgery today. Doctors now say, there are no more tumours in her arm.

Dr Samanta Lal Sen, national coordinator burn unit, told that after the operation, there are no more tumours in her arm that resulted in the malignant growth.

Four bags of blood were transfused to her body and she has been kept at the intensive care unit of Dhaka Medical College Hospital, he added. The surgery began at 9:00am and ended at 12:30pm.

Doctors took the decision to conduct a third surgery after the second biopsy found the existence of tumour in blood vessels on Muktamoni’s right arm on August 18.

They had to abandon the second surgery at a half-done state on August 29 as her body temperature soared due to fever. They set the schedule for the third surgery after Eid vacation.

Muktamoni is afflicted by a disease in her right hand, a condition leading to her hand swelling up like a bee hive. On August 12, doctors removed a three-kilogramme tumour from her arm.

A 13-member medical board was formed to look into the girl’s case and on August 8 they decided to operate after a biopsy showed a tumour in the artery of her hand.