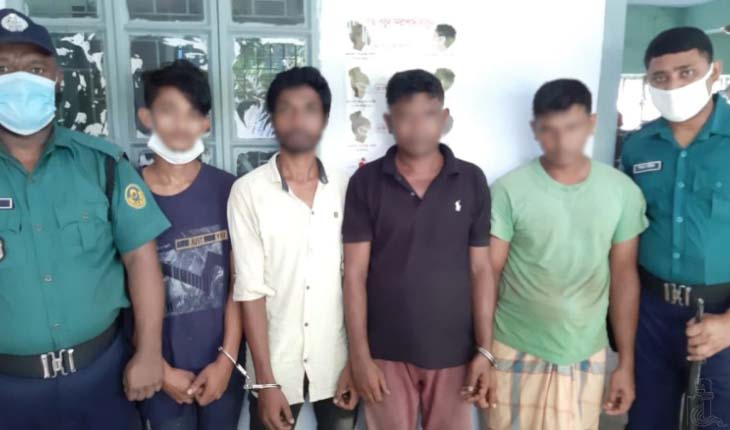 Police arrested four people as they allegedly gang-raped a housewife after tying her husband up in Bayazid Bostami area of Chattogram city early Sunday.

Chattogram Metropolitan Police (CMP) deputy commissioner (north) Bijoy Bashak told that the couple was returning home around 10:30pm. They were intercepted near the Bayazid Bostami intersection and picked up at a vehicle.

They, later, tied the husband of the victim inside the vehicle and took away the housewife to the nearby Salma Colony and gang-raped her, he added.

Police said around 2:00 in the night, national emergency helpline 999 received a call over the matter. Following the call, police rushed to the spot and rescued the victims. Four of them were arrested from the spot while one managed to flee the scene.

CMP additional deputy commissioner Ashikur Rahman said the victim is a readymade garment worker and his husband works at a shop in the city.

He said the accused have already confessed about the rape incident in a preliminary interrogation. The woman was sent to Chattogram Medical College Hospital for test.

Police are trying to detain the other accused, he added.