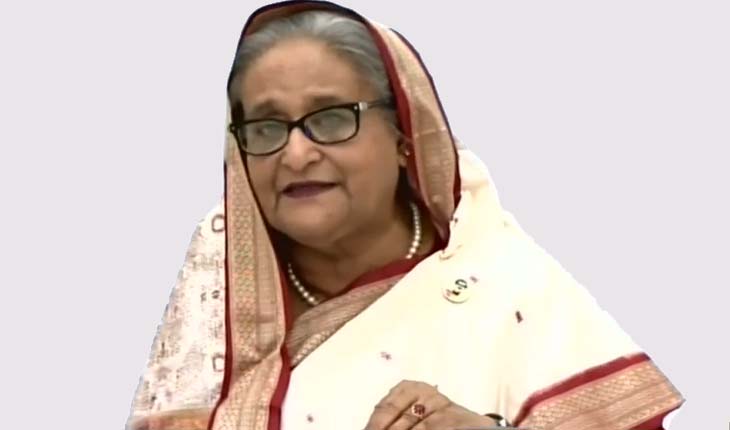 Prime Minister Sheikh Hasina today made a clarion call for changing mindset about women, saying changed mentality can prevent violence against women rather than law.

"Most painful issue is that violence against women. We've enacted laws but it is not enough, rather mentality has to be changed along with switching thoughts," she said.

The premier came up with the call while addressing the Begum Rokeya Padak-2021 distribution ceremony as the chief guest at Osmani Memorial Auditorium, joining virtually from her official residence Ganabhaban here.

Sheikh Hasina it has to be believed that "women are not only the subject of enjoyment" rather everyone should treat them as fellow colleague and ally in the same journey.

"They (women) have to be given equal rights in the co-journey and it is now reality," she added. In this connection, She also mentioned the adoption of different laws by her government in favour of women such as laws against rape, women torture, establishment of family rights for women etc.

With State Minister for Women and Children Affairs Fazilatun Nessa Indira, MP in the chair, Secretary of the Ministry Md. Sayedul Islam delivered the welcome address.

On behalf of the prime minister, the state minister handed over the Padak (award). Each recipient received a crest, medal, certificate and a cheque.

Professor Hasina Zakaria (Bela), among the awardees, spoke on the occasion expressing her feelings.

The Ministry of Women and Children Affairs organized the function on the occasion of the Begum Rokeya Day.