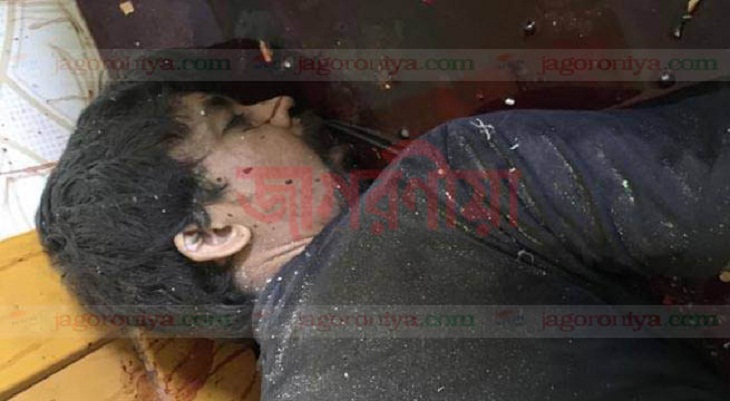 Tamim Chowdhury, the mastermind of Gulshan attack with alleged IS link, and two other suspected militants have been killed in a drive at a militants’ den in Paikpara area of Narayanganj town on Saturday morning.

A member of CTTC has identified the other two militants as Manik, 35, and Iqbal 25.

A joint team of the CTTC unit, Rapid Action Battalion (RAB) and local police started the operation in a three-storied building around 9:36am and continued till 10:35am, said Narayanganj Additional Police Super Faruk Hossain.

They cordoned off the building from the early hours, said the police official.

The joint force and the militants exchanged heavy gunshots frequently, he added.

Faruk also said the militants have burnt some materials believed to be important documents of their activities inside the building during the drive.

The law enforcement agencies carried out raid acting on information extracted from the arrested involved in the Holey Artisan Bakery attack incident in Gulshan, said a police source seeking anonymity.