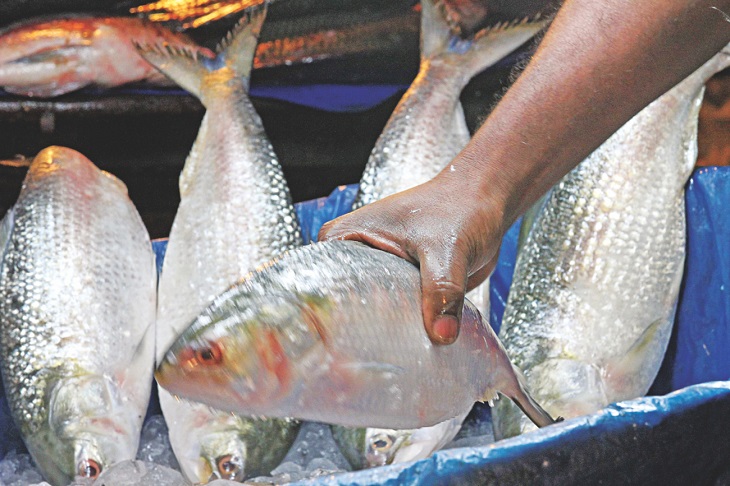 The government has extended the timeframe of mother hilsha catching embargo by eight days in the Jhatka production areas across the country as the embargo has been imposed on breeding seasons to increase the production of hilsha.

"The government earlier had imposed a ban on catching mother hilsha for 22 days during the breeding seasons and now it has been increased to 30 days," said an official release quoting Fisheries and Livestock Minister Mohammad Sayedul Haq.

Sayedul made the announcement while addressing a seminar titled 'Preserving jhatkas and establishing sanctuary to increase hilsha production: research-progress' at the auditorium of Bangladesh Agricultural Development Corporation (BADC) in the city.

The production of Hilsha would increase significantly in the current 2016-17 fiscal year, said the minister.