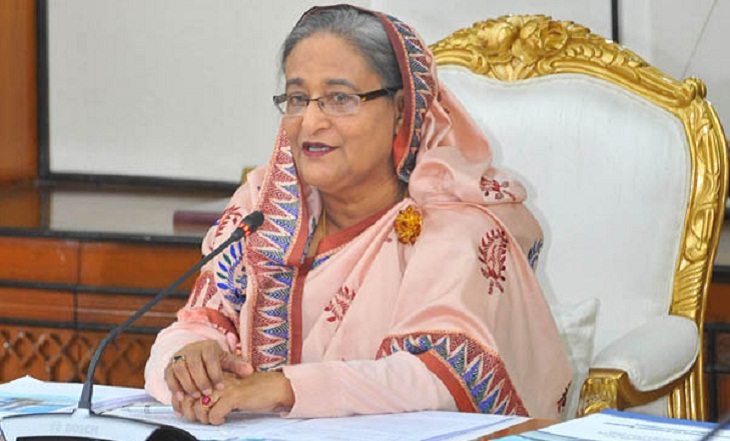 Terming Unesco's recognition of Bangabandhu's historic 7th March speech as a world documentary heritage another milestone in continuation of global recognition, Prime Minister Sheikh Hasina on Wednesday said such commendation is a matter of 'great pride' for the Bengali nation and Bengali language.

"Such recognition by the Unesco is a matter of great pride for the Bengali nation and the Bengali language," she said in a statement.

Bangabandhu’s speech has been included in the Memory of the World International Register, a list of world's important documentary heritage, maintained by Unesco.

Unesco Director General Irina Bokova announced the decision at the Unesco Headquarters in Paris on Monday.

On March 7, 1971, Bangabandhu in his fiery speech called on the freedom-loving Bengalis to wage a decisive struggle against the Pakistani oppressors. The speech set the tone for the Liberation War that would officially begin later that month on March 26.

“Turn every house into a fortress, resist the enemy with everything you have … Having mastered the lesson of sacrifice, we shall give more blood. God willing (Inshallah) we shall free the people of this land,” Bangabandhu went on to proclaim.

The speech touched every Bangalee's heart across the then East Pakistan, now Bangladesh, and mobilised the whole nation, excepting a few pro-Pakistani elements, to prepare for the Liberation War.