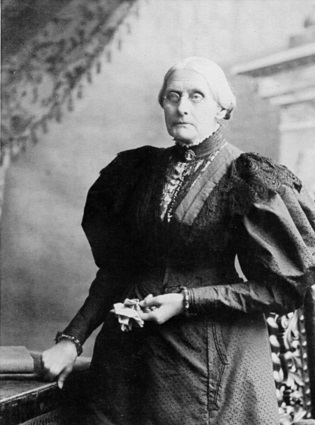 Marguerite Aimee Rosine Coppin (2 February 1867 – 1931) was born in Brussels and became woman Poet Laureate of Belgium and a noted feminist and pioneer in female emancipation and equal rights for women. She was compared with women's rights activists Amelia Bloomer and Emmeline Pankhurst.

The city of Bruges was scandalised when Coppin rode a bicycle down the streets of the city with her skirts clipped up to each ankle to function like trousers. The bicycle was recognized by 19th-century feminists and suffragists as a "freedom machine" for women contributing to Female emancipation. "A woman on a bicycle? Brazen!" said the shocked people of Bruges according to a 1937 news article. Like Amelia Bloomer, Coppin devised a convenient and comfortable trouser like garment for women to use for bicycle riding.

In 1914 with the outbreak of war Coppin fled to England where she worked as a French teacher until her death in 1931.