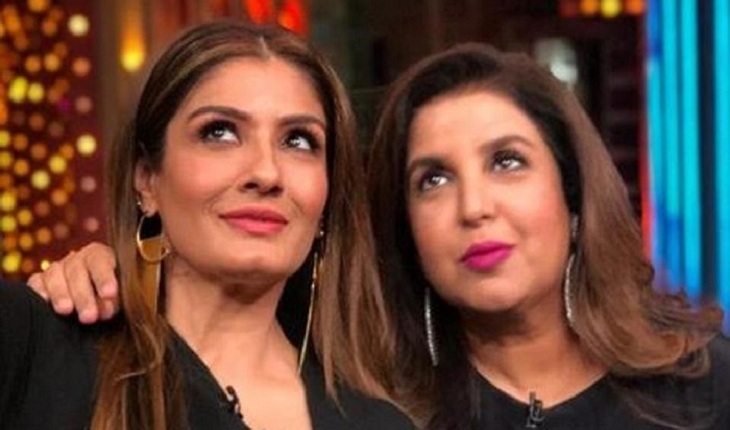 Raveena Tandon, Farah Khan, Bharti Singh convicted on show After the complaint Raveena Tandon confirmed that it was not her intention to insult anyone and posted the original Twitter clip of the show

The petition was filed by Ajnala Block's Christian Front president Sonu Jafar. He said that "Christians ' religious feelings were hurt" and sent a video of the show aired on Christmas Eve. The three actors in the series' Back Benchers ' made fun of the word "Hallelujah," Jafar claimed.

"We have reported a case against the three and further inquiries are taking place," said Vikram Jeet Duggal, Senior Police (Rural) Superintendent of Amritsar.

Tandon clarified after the complaint that it was not her intention to insult anybody. The actor shared on Twitter the original clip of the show. "Watch this connection, please," she urged the crowd. "I haven't said a word to any religion that can be viewed as an insult. The three of us[ Farah Khan, Bharti Singh and I] never intended to offend anybody, but if we did, I apologize most sincerely.