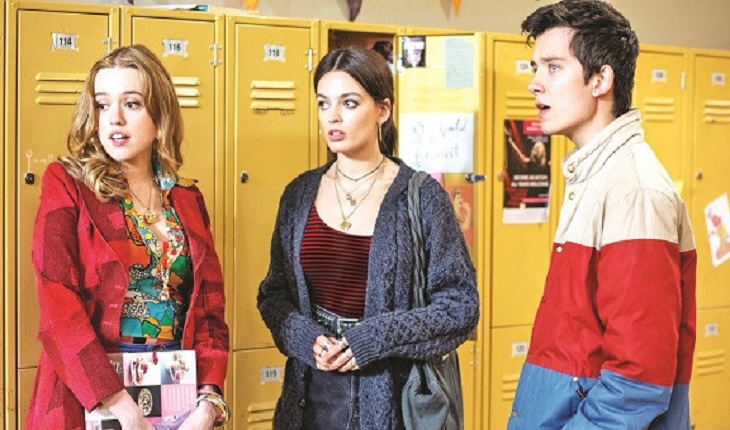 In a country of 160 million people, ironically, the biggest taboo is sex. Yes, in Bangladesh you must reproduce, but you can not talk about it. In our country, sex education is considered to be something vulgar and you can find a lot of people who think teaching sex education in school will make the kids more curious about the subject and damage their mental health.

And that is exactly why streaming service Netflix's original series "Sex Education" is a must-watch in Bangladesh.

The series takes place in a British high-school where two students, Otis Milburn and Maeve Wiley set up some sort of a counselling session to help other students about matters-starting from their personal matters to sex life.

In the series, Otis and Maeve's counselling is a source of income for them but it is also a necessity as the whole school administration are too conservative to provide the students with the necessary knowledge.

The plot circles around the school and in season two, Otis' mother, who is a sex therapist gets appointed for the job which his son was doing.

Blabbering about the plot will only put up spoilers and rather than that- it is much appropriate and necessary to talk about why the series is a must-watch for everyone in Bangladesh.

In many schools in Bangladesh, chapters and topics relating to the biological changes of our body in adolescence or physical relationships are avoided (from personal experience). As if sex is the forbidden fruit, and uttering a word about it is, like committing a sin.

Students are often advised to study the subject by themselves and that eventually leads to the teenagers growing up with flawed information regarding sexual matters. And that is where "Sex Education" jumps in.

This series not only talks about and provides some sort of sex education but it teaches a whole array of different things starting from adolescent problems to sexual orientation to relationships at different ages.

For one example, Principal Groff's wife, Maureen, was under-appreciated by her partner but feared to tell him so. But in season two, she finally manages to do so and in a country where domestic violence is sort of regularity, teaches a lot about how relationships should go about.
Not only that, the series also shows teenagers finding out their sexuality and the rationality behind that.

"Sex Education" manages to show the ups and downs in friendship whereas everywhere else, only romantic relationships manage to receive the limelight.

Meme culture has often seen friends to be tagged as 'snakes' aka untrustworthy. And "Sex Education" manages to break through that as it shows different layers of friendship.

And another vital thing, this series portrays bullying like no other as it focuses more on why someone turns into a bully, what goes through his mind. The series also shows, that a bully can be changed and also, you can fight the bully and change that person.

"Sex Education" is a must-watch for Bangladeshi people (in some context, for all the people in the Indian sub-continent too) because it breaks every barrier of taboo relating to sex. Because it manages to say that sex is the most natural of affairs and not the forbidden fruit.

Created by Laurie Nunn, the cast of the series includes Asa Butterfield, Gillian Anderson, Ncuti Gatwa, among others.