Transgender artistes at the Oscars race 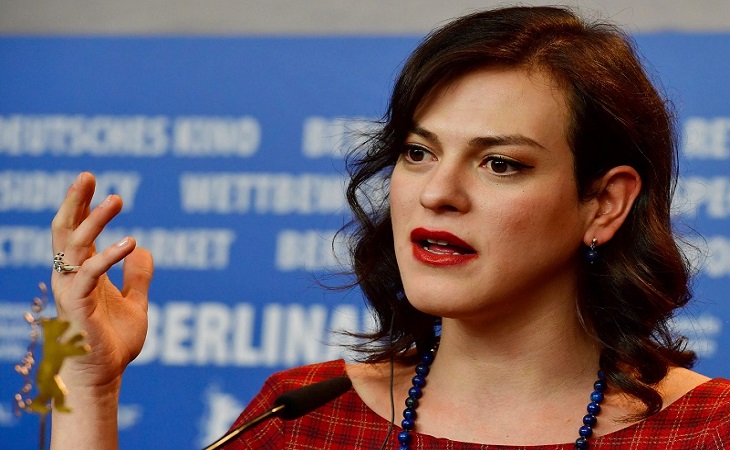 Transgender representation in entertainment has made baby steps forward in recent years, but 2018 has seen a history-making giant leap, with two movies involving trans artistes in the Oscars race.

Chilean actress Daniela Vega has won acclaim for her turn as Marina, a young waitress and aspiring singer who falls prey to the prejudices of society, in “A Fantastic Woman,” the overwhelming favourite in the best foreign language film category.

Yance Ford is also shattering glass ceilings for his intensely personal documentary “Strong Island” as the first openly transgender director—or trans man in any category—vying for a statuette.

Ford is only the third-ever openly transgender nominee, after Anohni—formerly Antony Hegarty of experimental US band Antony and the Johnsons—lost out for best original song in 2016, and composer Angela Morley, known as Wally Stott before a sex change, was nominated twice in the same category in the mid-1970s.

“It’s a pattern happening in the last few years, since ‘Transparent’ or Laverne Cox in ‘Orange is the New Black’... and now the Oscars,” said Larry Gross, a social media and communications professor at the University of Southern California.

The history of transgender representation at the Oscars is predictably threadbare—but not completely nonexistent.

“The Crying Game” (1992) examined race, gender and sexuality against the backdrop of sectarian violence in Northern Ireland, while Oscar-winner Hilary Swank starred as an American trans man who falls victim to a brutal crime in “Boys Don’t Cry” (1999).

More recently, Jared Leto won an Academy Award for his acclaimed performance as an AIDS-stricken transgender woman in “Dallas Buyers Club” (2013), while Eddie Redmayne was a losing nominee as a pioneer of the transsexual movement in “The Danish Girl” (2015).

On television, “Transparent,” starring Jeffrey Tambor as a Californian homemaker has been an outlier in the movement for greater representation of transgender characters in entertainment.

But that conversation quickly developed into a call for more actors who are transgender in real life to be hired for these roles, traditionally given to the “cisgendered”—people whose sense of gender corresponds with their birth sex.

“I hope I’m the last cisgender man playing a transgender woman,” Tambor said when he won his second Emmy for the hit Amazon show in 2016.

When the Academy Awards take place on March 4, that breakthrough will truly be felt.

“It’s incredibly meaningful, especially to share this with Daniela Vega. Our work hopefully transcends the fact that we’re transgender,” Ford said in an interview with AFP.

“It is a seismic moment, a tiny earthquake, and hopefully it will begin to change the field overall, and the ability of trans actors and actresses and artistes of all backgrounds to have recognition.”

“Strong Island” chronicles the arc of Ford’s African American family from the racial segregation of the Jim Crow era to the promise of a better life in New York, shattered by the unexpected, violent death of Ford’s brother.

William Ford Jr, a 24-year-old teacher, was fatally shot in 1992 during a trivial argument with a mechanic on New York’s Long Island.

A grand jury decided his killer had a “reasonable” fear for his life and shouldn’t be tried after Ford bizarrely became “the prime suspect of his own murder,” his character scrutinized for signs that he actually got what was coming to him.

In Sebastian Lelio’s “A Fantastic Woman”—“a love story that happens to a transgender woman,” according to the Chilean director’s own synopsis—Vega embodies a woman almost like any other, with feminine wiles but also strength and dignity.

“Marina and I share being trans, loving to sing opera and handsome men,” says Vega. “But that’s it.”

The actress described her character as “more elegant than me, more patient... a very peaceful woman” whereas Vega herself is “more explosive, more Latin.”

For Ford, Vega’s performance and the attention it has garnered are important because she was playing an ordinary woman.

For a long time, trans characters have been portrayed as disturbed, marginal, depressive and on edge—one clumsy remark away from committing mass murder.

“There were a lot of psychopathic killers, like in ‘The Silence of the Lambs,’” said USC professor Gross, contrasting Jonathan Demme’s 1991 thriller with “Transparent” and “A Fantastic Woman,” and their more authentic characters.

“The media industry loves it when they know a new twist becomes possible. Often the stories are about the challenges of being different,” Gross told AFP.

“This movie ‘A Fantastic Woman’ is an example of that. They’ve done it before with gay people, people of color, Jews—the old wine of your narrative in a new bottle... The big challenge always, is that the difference is good, rather than threatening.”

Can 'La La Land' waltz away with all the Oscars glory?