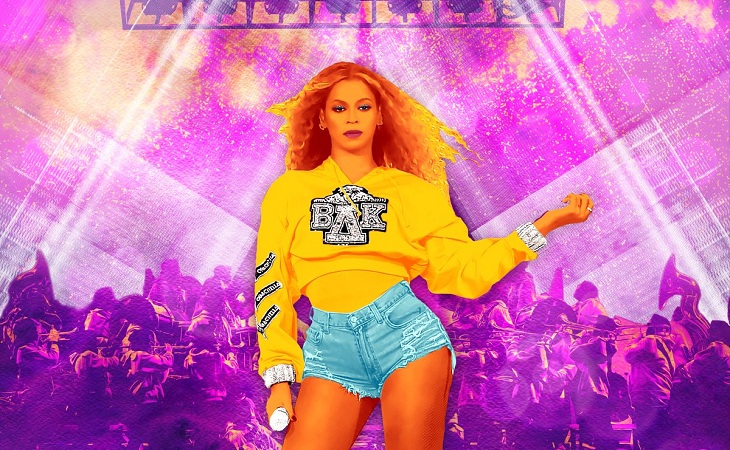 Beyoncé's Netflix documentary, Homecoming, has arrived with a surprise: A new Beyoncé album.

The star, who perfected the art of stealth releases with a self-titled album in 2013, announced the new record just hours before Homecoming premiered.

Both the film and the album capture her 2018 Coachella set - which celebrated black power and liberation.

They include live versions of Crazy In Love and Drunk In Love, as well as her reunion with Destiny's Child.

Fans also get one new studio recording - a cover of Maze's 1981 hit Before I Let Go, which plays over the closing credits of the film.

The star pulled out all the stops, employing dozens of dancers and an elaborate marching band, acknowledging the importance of historically black colleges and universities (HBCUs) - institutions established in the US before the 1964 Civil Rights Act to serve the black community that was shut out by predominantly white establishments.

Lavished with praise at the time, the release of the Netflix documentary has seen a second wave of acclaim.
"For some of us who were actually there at Coachella, there might've been a slight fear that we were overselling the show," said Variety Magazine's Chris Willman.

"Rewatching it on film a year later, 'high water mark in 21st century entertainment' actually almost feels like it's underselling it."

BBC entertainment correspondent Colin Paterson noted that there was "very little documentary content, but as a concert film it's up there with Talking Heads' Stop Making Sense and Prince's Sign 'O' The Times".

He added: "It's like eight Super Bowl half-time shows back to back."