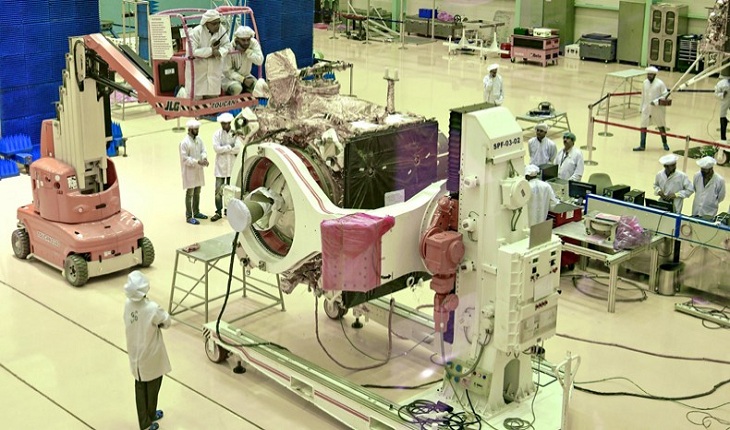 India's space agency has unveiled its spacecraft that it hopes to land on the Moon by September.

If successful, India will be the fourth country to achieve a soft landing on the Moon, following the US, the former Soviet Union and China.

Chandrayaan-2 will be the country's second lunar mission.

Its first mission, Chandrayaan-1 which launched in 2008, was an orbiter and did not actually land on the surface of the Moon.

This mission will focus on the lunar's surface and gather data on water, minerals and rock formations.

The new spacecraft will have a lander, an orbiter and rover.

These are photos of the craft in the Indian Space and Research Organisation's (ISRO) lab, where scientists have been busy getting the spacecraft ready:

If all goes according to plan, the lander and rover will touch down near the lunar south pole in September. If successful, it would be the first ever spacecraft to land in that region.

The rover is expected to operate for 14 days on the Moon, ISRO chairperson K Sivan told the Times of India newspaper. "The rover will analyse the content of the lunar surface and send data and images back to the earth," he said.