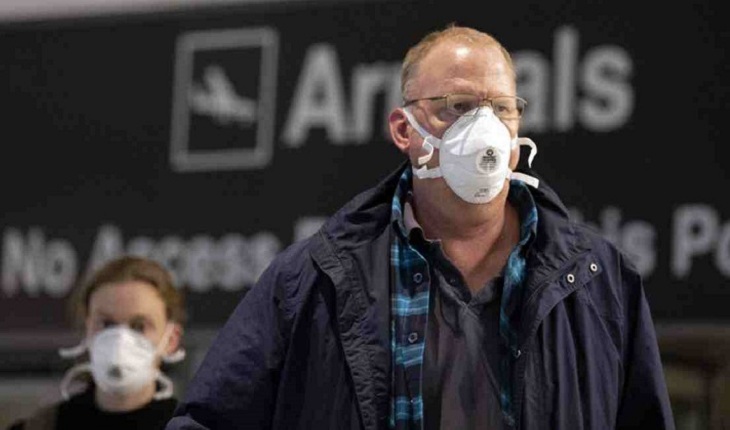 As deadly coronavirus continues to spread across the globe, strategies for developing a safe and effective vaccine are rapidly moving forward, according to reports carried by various global news media.

The first human trials of a coronavirus vaccine are to be launched within days, scientists in the US have said which has showed some kind of hope to the world citizens, even though the situation has already been declared COVID-19 pandemic.

The 'genetic hack' was accelerated past the animal testing stage and will be used on healthy volunteers, then patients if it deemed safe, reports www.dailymail.co.uk.

It comes as scientists in Britain said a vaccine could be tested on humans by June after encouraging results on mice.

Massachusetts-based Moderna created the candidate cure but have taken a different route to traditional techniques. Normally, researchers would take months to test for the possibility of vaccine enhancement in animals.

Given the urgency to stem the spread of the new coronavirus, some drug makers are moving straight into small-scale human tests, without waiting for the completion of such animal tests.

American researches leading the fight against the deadly bug admit hopes of millions of vaccines within a year are 'aspirational'. And in a further blow for Britain, any cure would not be able to halt the anticipated peak in cases in May, www.dailymail.co.uk report said.

But UK researchers, led by Mucosal Infection and Immunity head Dr Robin Shattock, said they have successfully trialed a vaccine in mice and are hopeful it could be ready for human trials by June.
Meanwhile, senior researcher Dr Paul McKay, of Imperial College London, said, “I've got results from a month after I injected (the mice) and the vaccine works really, really well.”

The team is working with scientists in Paris to determine the vaccine's effectiveness in monkeys, he added.

Dr McKay said they have applied for further funding from the Medical Research Council to conduct human clinical trials. “If we get the funding for the human clinical trials, we’ll put it into people by June. If British scientists here develop a vaccine it would be great if the Government supported it,” he said.

Some scientists and medical experts are concerned rushing a vaccine could end up worsening the infection in some patients rather than preventing it.

A team of Canadian scientists has successfully isolated and grown copies of the coronavirus — bringing the world a step closer to finding a vaccine to fight the deadly illness, reports the New York Post.

Researchers from the Sunnybrook Research Institute, the University of Toronto, and McMaster University were able to isolate and replicate the virus in a lab using samples taken from two Canadian patients.

The lab-grown copies will now be able to help scientists study the pathogen to develop better diagnostic testing, treatments, vaccines, and gain a better understanding of its biology, the team said in a statement.

Eight institutes in China are working on five approaches to inoculations in an effort to combat COVID-19, reports New York Post.

Chinese officials say it could result in a vaccine ready for emergency situations and clinical trials next month.

Scientists in Israel are expected to announce in the coming days that they have completed development of a vaccine for the new coronavirus COVID-19, reports The Economic Times.

Quoting medical sources, Israeli daily Ha'aretz, reported on Thursday that scientists at the Israel's Institute for Biological Research, supervised by the Prime Minister's office, have recently had a significant breakthrough in understanding the biological mechanism and qualities of the virus, including better diagnostic capability, production of antibodies for those who already have the coronavirus and development of a vaccine.

The development process, however, requires a series of tests and experiments that may last many months before the vaccination is deemed effective or safe to use, the report said.

Experts’ opinion about vaccine for coronavirus

Dr Peter Hotez, dean of the National School of Tropical Medicine at Baylor College of Medicine in USA, said: “I understand the importance of accelerating timelines for vaccines in general, but from everything I know, this is not the vaccine to be doing it with. There is a risk of immune enhancement. The way you reduce that risk is first you show it does not occur in laboratory animals.”

The vaccine prototype is being funded by the Coalition for Epidemic Preparedness Innovations, with the foundation's Dr Melanie Saville telling the Telegraph: “Contain and delay is the approach taken in the UK and a number of different countries.

The approaches are really to buy time in the context of the stretch it puts on the healthcare system - it also buys time for vaccines to be developed. We don't know how the pandemic will evolve, whether, for example, it comes in various different waves.”

The death toll from coronavirus or COVID-19 reached 5,436 globally as of Saturday. Besides, 145,810 new cases were reported from around the world, according to worldometer.