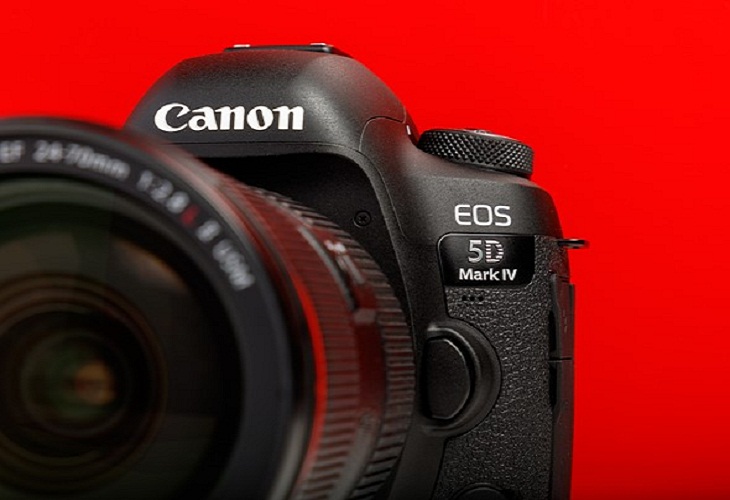 The Canon EOS 5D series is arguably one of the most recognizable camera lines of the digital age and the Mark IV is designed to appeal to the same wide range of enthusiasts and professionals. Nearly identical-looking to its predecessor, it receives substantial upgrades under the hood, including: a higher-resolution sensor with Dual Pixel autofocus, 4K video capture, an upgraded AF system, a touchscreen, improved weather-sealing, built-in Wi-Fi/NFC, an interval timer and GPS. All this adds up to a camera that fits into Canon's product line nicely as the all-around full-frame option.

It is built around a new 30.4MP CMOS sensor and uses the Digic 6+ processor. The AF system is from the flagship 1D X Mark II and contains 61 AF points (41 of which are cross-type) with up to 24% expanded vertical coverage compared with the system in the Mark III. The center point is sensitive to -3EV in One Shot (AF-S) mode (in Live View the sensor is sensitive to -4EV with a fast lens).

4K video capture is a welcome addition to this camera and users can record in either 24 or 30p, albeit with a 1.64x crop. All footage is captured as Motion JPEG. Additionally, the camera allows for 4K Frame Grabs, effectively giving users 30 fps stills shooting with (Dual Pixel) AF. We've seen that the camera suffers from some rolling shutter, but it may still have some merit for capturing the decisive moment when 7fps just isn't enough.

While developing the IV, Canon says it sought feedback from 5D-series users and found that dynamic range, resolution, AF precision and AF speed were the four most important areas improvements were requested. On paper, the Mark IV seems to address these aspects nicely. 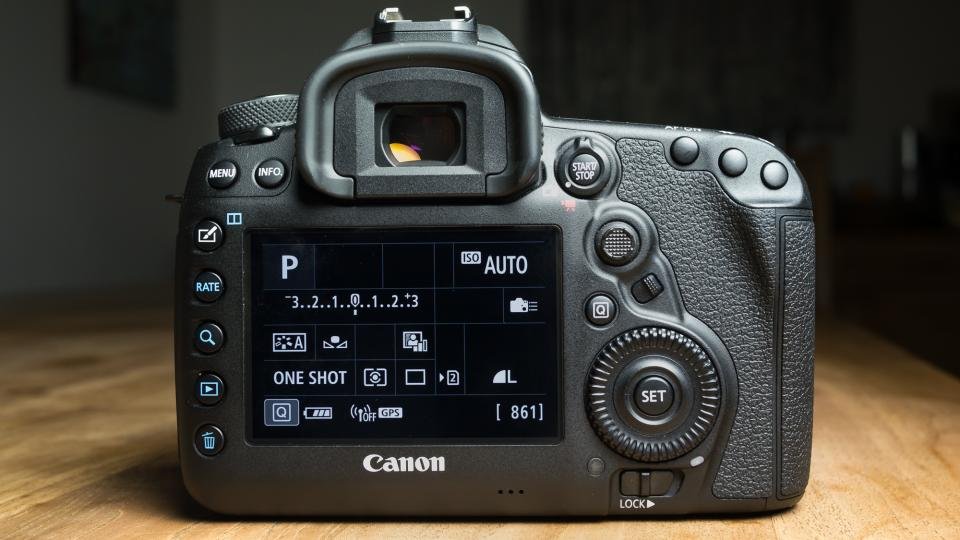 In terms of AF, the increased coverage area is part of what makes the upgrade a big deal: after all, it's the same AF system found in the company's flagship sports camera. The 150,000-pixel RGB-IR metering sensor, which feeds scene information to the AF system, is borrowed from the original 1D X, bringing enhanced subject identification (including faces) and tracking ('iTR'), as well as improved metering and flicker detection.

The 5D Mark IV is Canon's first full-framer that can continuously focus in Live View during stills capture, and because of the way Dual Pixel AF works, focus is generally very accurate, even with fast lenses. It's surprisingly good at sticking to the original subject (or face) you initiated focus on, and it's easy to specify your subject by tappping on it on the touchscreen in 'Face Detect+Tracking' mode.

The 5D Mark IV also has some new tricks up its sleeve including Dual Pixel Raw, a nifty option that can prove useful in specific shooting scenarios. It works by recording two 30MP images, one from each of the 'left-looking' and 'right-looking' photodiodes at each pixel. Previous Canons have combined these two signals at each pixel, but Dual Pixel Raw gives you the option of keeping them separate. This results in a file that's twice as large, but one that allows for 'image micro-adjustment,' 'bokeh shift' and ghosting reduction (more on this on our Features page) in Canon's supplied Digital Photo Professional software.

Compared to its peers

Canon now offers a range of full-frame models. On the high end you have the Canon's sports and action-oriented 1D X Mark II, with its 20.2MP sensor and 14 fps continuous shooting (with AF). The 5DS (and 'R' variant), with their 50.6MP sensors, are the company's high resolution options. The 5D Mark IV splits the difference in terms of resolution and is positioned as Canon's all-rounder. For those on a budget, the EOS 6D soldiers on, four years after its introduction.

So how does the 5D Mark IV stack up against its closest sibling and predecessor? Take a look for yourself:

Obviously if you need the resolution, the Canon EOS 5DS is the more sensible choice. But in just about every other regard, the Canon EOS 5D Mark IV is the far more versatile camera and a worthy upgrade from the 5D Mark III.