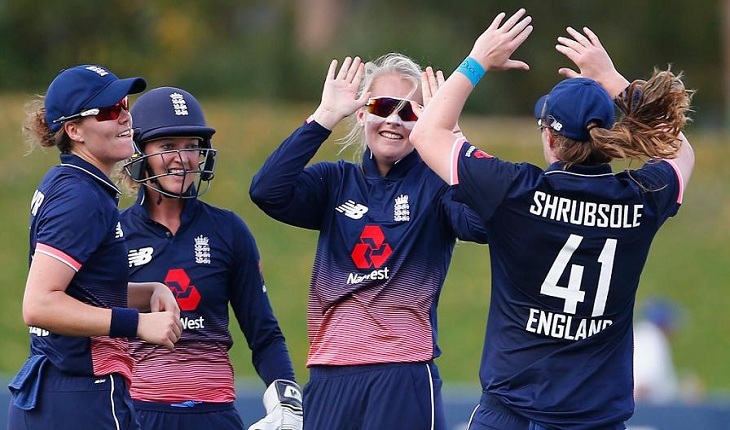 The head of English women’s cricket will accept the England men’s team being made the priority this season if that helps safeguard the long-term future of the game.

England and Wales Cricket Board chief executive Tom Harrison said on Tuesday that a season without any play could cost the governing body œ380 million ($469 million).

The start of the English season has been delayed until July 1 at the earliest, with Harrison making it clear that men’s international matches are first in line to be salvaged.

England’s women are due to play home series against India, delayed from its original June date, and South Africa in September this year.

“If the international women’s schedule can’t be fulfilled in full, but a large amount of the international men’s programme can this summer, which is going to reduce that œ380m hole, we have to be realistic about that,” Clare Connor, the ECB’s managing director of women’s cricket, told reporters in a conference call on Wednesday.

“In order for the whole game to survive, the financial necessity rests upon many of those international men’s matches being fulfilled.

“If we have to play less international women’s cricket this summer to safeguard the longer-term future and investment and building the infrastructure for a more stable and sustainable women’s game, then that is probably a hit we might have to take.”

Connor, a former England captain, added: “That’s not to say we won’t be fighting hard to play our international schedule against India and South Africa as best we can.”

Officials had been hoping to build on the success of the women’s T20 World Cup which saw hosts Australia beat India in a final that attracted a record-breaking crowd of more than 86,000 to the Melbourne Cricket Ground in March.

But England captain Heather Knight recently said she feared the women’s game could be left behind in light of the COVID-19 outbreak.

The decision to delay the inaugural season of the Hundred until 2021 has left the women’s game without a marquee domestic tournament after the ECB ended the standalone Super League last season.

But Connor is determined women’s cricket won’t be held back, even though she was unable to assure that the ECB’s planned outlay of œ20 million over two years for the women’s game would remain untouched by the fall-out from the pandemic.

“We can’t give that guarantee of ring-fencing, but what we can give is a guarantee or a promise that the vision for the game remains unchanged,” she said.

Connor, however, was concerned about the broader impact of the season being potentially scrapped.

“We could face that loss of participation of women and girls who had just had their appetite whetted who aren’t going to be able to experience this year.”