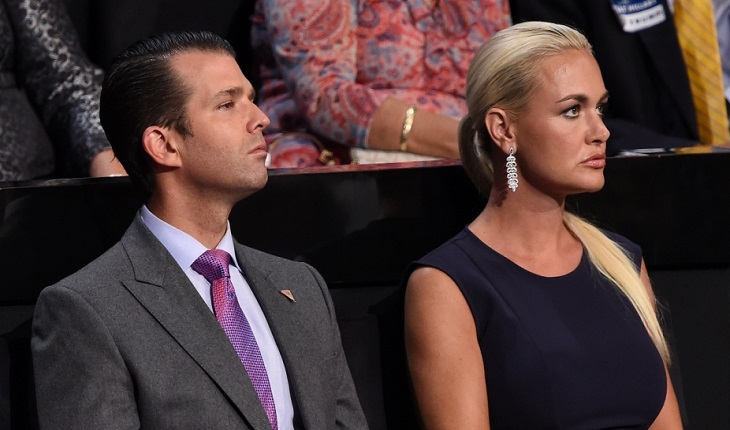 Vanessa Trump, the wife of President Donald Trump’s older son – Donald Trump Jr – has filed for divorce in a New York court after 12 years of marriage.

The couple have five children and have been struggling with domestic problems, apparently because of the prolonged absences of Trump Jr, from home.

The New York Post quoted the couple’s friends, who said they had been expecting it for a long time.

Now that the step has been taken, they expected it to conclude quickly, Efe news reported.

Vanessa Trump on Thursday went to the Manhattan Supreme Court to file necessary documents to divorce her 40-year-old husband, who heads his father’s businesses after Trump de-linked himself from the organisation before the 2016 election.

An informed source close to the couple told the New York Post that their problems had existed for a long time and had been difficult to resolve. The pair had hoped to spend more time together after the election but Trump Jr was “never there”, he added.

Vanessa Trump, a 40-year-old former model, reportedly does not expect there to be a legal battle for custody of the couple’s five children or over dividing up their assets.

The pair married in November 2005 at Mar-a-Lago, Trump’s exclusive country club in South Florida, where he also wed his wife Melania in January of that year.