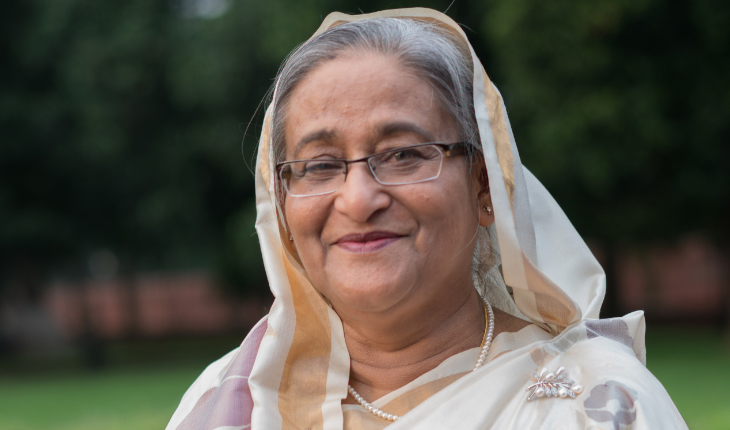 She came up with the directive while talking to Advocate Jahangir Kabir Nanak, party coordinator to the NCC election and an AL presidium member, over phone this afternoon.

At the time, Nanak was holding a meeting with AL Narayanganj district and city leaders at the AL president's political office in the city's Dhanmondi area marking the NCC election.

The AL president joined the meeting through videoconferencing and exchanged views with the AL leaders. She directed the AL men to work together so that the victory of the AL candidate can ensured in the upcoming NCC polls.

She said: "There are many candidates, but one has to be nominated. So we gave nomination to Ivy. Ivy is the candidate of boat symbol. Everyone will work for the victory of the boat and that's what I want."

During the meeting, Sheikh Rehana, the younger sister of Prime Minister Sheikh Hasina, greeted the AL leaders and workers and urged them to use masks to prevent coronavirus.

The joint meeting of Narayanganj district and city AL was held with the AL's NCC election conducting team at the new building adjacent to the AL president's political office with Nanak in the chair.