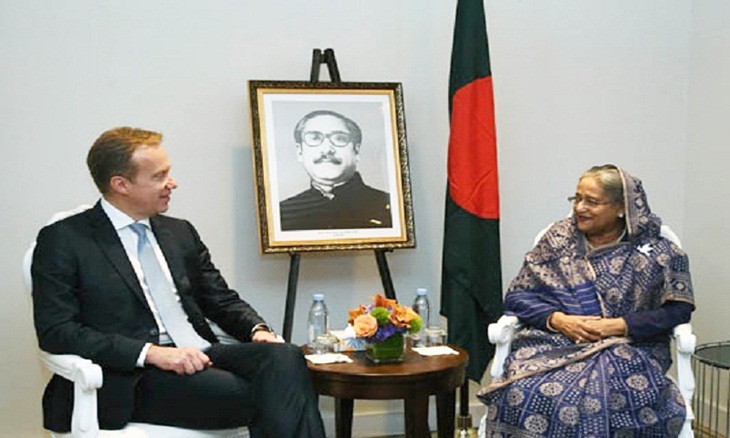 Brende extended the invitation when he paid a courtesy call on the premier at her hotel here on Tuesday afternoon.

The WEF president informed the premier that some 100 heads of government or state as well as big investors usually join the annual event. “So, Bangladesh can gear up its investment and development activities by participating in the meeting,” Brende said.

Sheikh Hasina had also a meeting with Queen Maxima of the Netherlands.

Queen Maxima, who is also a special representative of the UN Secretary General on Social Inclusion, congratulated the prime minister saying that Bangladesh has done better than many countries in the financial inclusion index.

She assured of working with Bangladesh continuously in this regard.