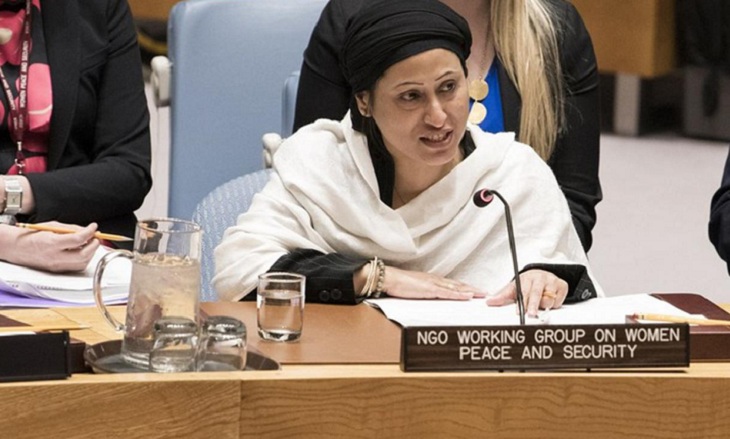 There is no future for the 900,000 Rohingya refugees living in Bangladesh, a leading campaigner said on Wednesday, likening the camps to zoos and calling for a proper repatriation strategy.

Rohingya lawyer Razia Sultana said there was a lack of hope among the refugees from the mainly Muslim minority, who fled a brutal military crackdown in Myanmar launched in response to militant attacks in August 2017.

"The more time they spend in the camps, the worse it's going to get," said Sultana, who last week received the International Women of Courage Award (IWCA) from the US Department of State.

"Yes, they are getting food. But that is not enough. It's like a zoo where the people are just being fed and grown. There's no education. There's no future," she told the Thomson Reuters Foundation in an interview.

Sultana, a Rohingya who was born in Myanmar but grew up in Bangladesh, is one of 10 women who received the IWCA, given to women who have demonstrated exceptional courage and advocated for peace.

After interviewing hundreds of victims of sexual violence following an earlier influx of Rohingya refugees in 2016 she set up the Rohingya Women's Welfare Society to provide counselling for women in the camps in 2017.

The organisation also trains Rohingya volunteers to address problems such as domestic abuse and child marriage in the community.

"Give the Rohingya women an opportunity and a bit of security and they will amaze you," said Sultana.

"When I first started working, I could barely convince five girls to take part in the programme. Today we have 60 volunteers who do amazing work. They inform me about early marriages, domestic violence or risks of trafficking in the camps."

UN investigators have accused Myanmar's army of carrying out mass killings and rapes with "genocidal intent" during the massive offensive that laid waste to hundreds of Rohingya villages in 2017.

Myanmar denies the charge and says its offensive was a legitimate response to an insurgent threat and has pledged to welcome the refugees back.

But the United Nations says conditions are not yet right for return.

The Rohingya say they want guarantees over their safety and to be recognized as citizens before returning - most are stateless as Myanmar does not regard them as its citizens.

Sultana said the lack of hope in the camps was already giving rise to trafficking and called on Bangladesh to crack down on the crime. Police records show more than 100 Rohingyas were rescued from being trafficked this year alone.

"People in the camps are scared to talk about the criminals who are involved in trafficking because they obviously don't want to be killed. There's a sense of fear," she said.

"It's also difficult to stop trafficking because this is a desperate community yearning for a better life."

Sultana said her next project would focus on helping young people in the camps to retain Rohingya identity - a contentious issue because Myanmar refuses even to use the name.

"The US state department recognised me as a Rohingya. This is a big deal since being recognised as a Rohingya was an aspect that was missing in the international arena for a long time," she said.