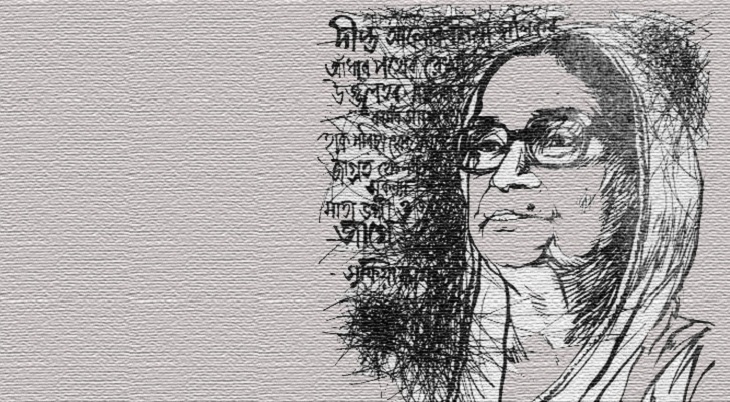 Begum Sufia Kamal (20 June 1911 – 20 November 1999) was a Bangladeshi poet and political activist. Kamal was an influential cultural icon in the Bengali nationalist movement of the 1950s and 1960s and an important civil society leader in independent Bangladesh. She died in 1999 and was the first woman to be given a state funeral in the country.

Early life
Sufia was born in Shaestabad, Barisal. She was a daughter of a Zamindar family. During her childhood, women's education was prohibited and she could not afford to get academic education. But she learned Bengali, Hindi, English, Urdu, Arabic, Kurdish and Persian language from her house tutors. In 1918, she went to Kolkata with her mother where she came to meet with Begum Rokeya. She was first married at the age of 11 to her cousin Syed Nehal Hossain, then a law student. Together they had a daughter, Amena Kahar. Hossain died in 1932. Five years later, Sufia married Kamaluddin Ahmed.

In addition to her first daughter, Sufia later had two other daughters, Sultana Kamal and Saida Kamal, and two sons Shahed Kamal and Sajed Kamal. In 1925 she met Mahatma Gandhi, which inspired her to wear simple clothing.

Sufia Kamal's first poem, Bashanti (Of Spring), was published in Saogat magazine in 1926. In 1931 she became the first Bengali Muslim female to be a member of the Indian Women Federation.

Literature
A short story Shainik Bodhu which she wrote was published in a local paper in 1923. Her literary career took off after her first poetry publication. Her first book of poems, Sanjher Maya (Evening Enchantment), came out in 1938, bearing a foreword from Kazi Nazrul Islam and attracting praise from Rabindranath Tagore. Sanjher Maya was translated into Russian language as Санжер Майя улу Суфия Камал in 1984.

In 1937 she published her first collection of short stories, Keyar Kanta (Thorns of the Keya Tree). Though she called herself a romantic poet, her work more and more reflected the struggles to preserve the Bengali language and culture and to fight Pakistani rulers.

Activism
In 1947, when "Shaptahik Begum" was first published, Sufia Kamal became its first editor. In October of that year after the partition of India she came to Dhaka. During a huge clash between Hindu and Muslim of that time Kamal worked for their friendship and joined in Peace Committee. In 1948, when Purbo Pakistan Mohila Committee formed, she became its chairman. Kamal's activism continued in 1952, with the Language Movement. In 1961, when the Pakistani government banned Rabindra Sangeet (Songs of Rabindranath), she became involved in the movement among Bengalis that ensued in 1961. During the mass uprising in 1969, which demanded the resignation of General Ayub Khan, she promoted the cause by forming Mohila Sangram Parishad (Women's Struggle Group).

In later life, she made women's rights her top priority and headed Bangladesh's largest women's organisation, Mahila Parishad, for many years. She did not see the oppression of women as mainly a class issue. She was also the first Chairperson of BRAC (1972–1980).

Kamal was also instrumental in getting the first women's dormitory of Dhaka University to be named Rokeya Hall, after Begum Rokeya.

Role in liberation war
Sufia Kamal showed her bravery several times. Once General Ayub Khan, the military ruler of Pakistan, at a meeting with social elites of Dhaka, commented that ordinary people are like beasts and as such, not fit to be given franchise. Sufia Kamal at once stood up and remarked, "If the people are beasts then as the President of the Republic, you are the king of the beasts."

When the news of the 'killings' of Sufia Kamal and Dr Nilima Ibrahim by Pak Army after the crack down on 25 March 1971 was broadcast on Akashbani, a radio station of the Indian state West Bengal, it drew criticism internationally and countries across the world put diplomatic pressure on the then Pakistani military government for clarification. The Pakistani government was forced to broadcast an interview with the poet on radio only to prove that Sufia Kamal was still alive.

Zillur Rahman, the then regional director of Radio East Pakistan, forwarded a paper to Sufia Kamal to sign with the statement "In 1971 no massacre took place in Bangladesh." When Sufia Kamal refused, Rahman threatened, "If you don't give your signature then it might create a problem both for you and your son-in-law Kahar Chowdhury." She told him that she didn't care for her life. She said, "I would rather die than put my signature on the false statement."

She actively but secretly helped freedom fighters of the Liberation War. In 1971, several people in Dhaka including professor Ghyasuddin Ahmed and famous writer Shahidullah Kaiser collected medicine and food and delivered those to the posts of Sufia Kamal's house, from where the freedom fighters picked those up for their training outpost. From July 1971, she used to go to the hospital with food and medicine for the injured people of war. At that time there was an acute crisis of food and medicine in the hospital. She used to give food and medicine to certain rickshaw pullers at the Science Laboratory, Dhaka. They would take the food and medicine to the freedom fighters. She was able to establish closer contact with the freedom fighters such as Abul Barak Alvi, Shafi Imam Rumi, Masud Sadek Chullu and Jwel in August. As the Pakistani army kept their strong watch on her, she would try to help the freedom fighters in different ways ignoring the risks. Except Abul Barak Alvi, all others died in the hand of the Pakistani Army. The Pakistan Army and their collaborators killed Sufia Kamal's son-in-law, Kahar Chowdhury, because they were very angry with her. Early December 1971 Shahidullah Kaiser, Munier Chowdhury and Dr. Fazle Rabbi cautioned her to leave Dhaka but they themselves did not leave and got caught and later got killed.

She worked to help women hurt by the liberation war. She also worked with an organisation to try to bring to justice those Pakistani officials whom the Bangladeshis considered war criminals.

Works
Mrttikar Ghran (The Fragrance of Earth)
Ekattarer Diary (Diary of '71)
Benibinyas Samay To Ar Nei (No More Time for Braiding Your Hair)
Ekale Amader Kal (In This Time, Our Time)