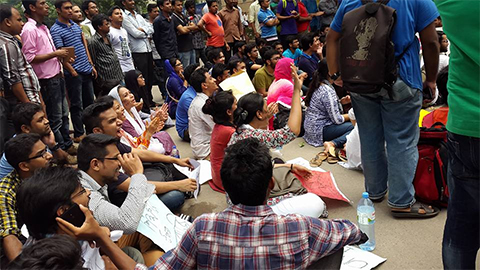 The demonstration by the students of Chittagong University (CU) continued on Monday demanding removal of a campus doctor who allegedly assaulted a female student.

The agitating students also filed a complaint in this regard to the proctor on Monday.

Their other demands include a campus free from all kinds of sexual repression and harassment, full-time female doctor at the medical centre, and its modernization.

Around three hundred students brought out a procession on the campus around 12:30pm and to press home their four-point demand.

Later they staged a sit-in programme before the university’s registrar office.

All education institutions closure till April 9