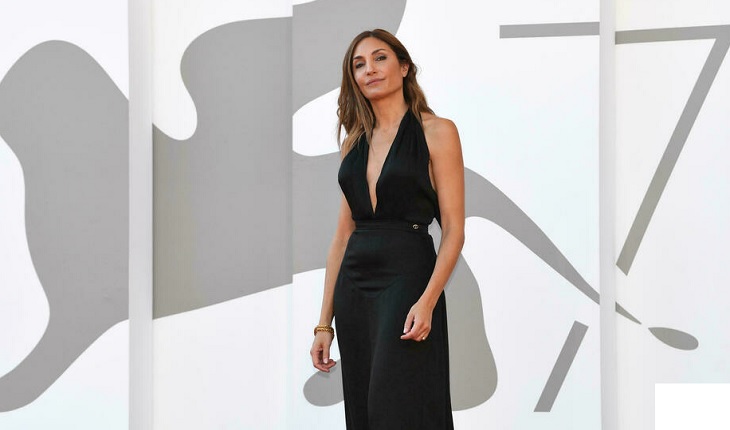 Audrey Diwan's "Happening" arrives just as the abortion debate is raging again after new restrictions in Texas, and with the MeToo movement starting to make its mark in the film industry.

"I did this movie with anger, with desire, with my belly, my guts, my heart and my head," said Diwan, accepting the top prize for her delicately rendered, yet gut-punching drama.

In a strong night for women filmmakers, best director went to iconic New Zealand auteur Jane Campion for her emotionally complex Western "The Power of the Dog", starring Benedict Cumberbatch.

And the best screenplay award went to Maggie Gyllenhaal for her directorial debut "The Lost Daughter", an unflinching look at the difficulties of balancing career and motherhood starring British Oscar-winner Olivia Colman.

- Roaring back -
It was a strong finish for the glitzy festival on Venice's beachfront Lido, which roared back to life this year after a low-key event in 2020 due to the pandemic, with stars back in force and a strong line-up of international films.

The second-place Silver Lion went to beloved Italian director Paolo Sorrentino for his strikingly personal "The Hand of God" about his youth in the gritty southern city of Naples, which also earned the newcomer award for young star Filippo Scotti.

But it was hard to ignore the gender theme across many films.

The festival closed with "The Last Duel", playing out of competition, a medieval jousting drama starring Matt Damon and Ben Affleck that went heavy on its message of historical injustice towards women.

"I think any reasonable humane, empathetic, conscionable person would have to be a feminist," Affleck told AFP in an interview.

One woman who seems destined to grab the headlines in the coming months is Kristen Stewart, who wowed critics with her turn as Princess Diana in "Spencer".

But it was Spanish megastar Penelope Cruz who took home the best actress award in Venice for her latest collaboration with veteran auteur Pedro Almodovar.

"Parallel Mothers" is a surprisingly political turn for the flamboyant filmmaker, exploring the trauma of the 1930s Spanish civil war alongside the tale of two mothers sharing a maternity ward.

Cruz had a busy festival, also starring alongside Antonio Banderas as egomaniacal filmmakers in "Official Competition", which mercilessly ripped into their own profession.

The best actor award was less expected, going to Philippines star John Arcilla for crime thriller "On the Job: The Missing 8".

- Celebs -
The Golden Lion was selected by a jury led by "Parasite" director Bong Joon-Ho and presented at the Saturday night closing ceremony.

Success at Venice has become a key launchpad for Academy Award campaigns in recent years.

The glamour was certainly back this year, with a dazzling Hollywood guest list capped by the appearance of Affleck with his old/new girlfriend Jennifer Lopez to the delight of gossip mags everywhere.

Pandemic precautions -- including mandatory masks, vaccine passes and 50-percent capacity in the cinemas -- continued to dull some of the shine at this year's festival.

Timothee Chalamet -- in town to promote mega-blockbuster "Dune" -- had to leap up the new Covid-security wall separating the public from the red carpet to give his adoring teen fans a bit of face time.

But with "Dune" bringing an army of stars to the Lido island -- including Zendaya, Oscar Isaac and Javier Bardem -- it seemed to confirm that the festival circuit was back on glitzy form.