'Homelessness can happen to anyone' 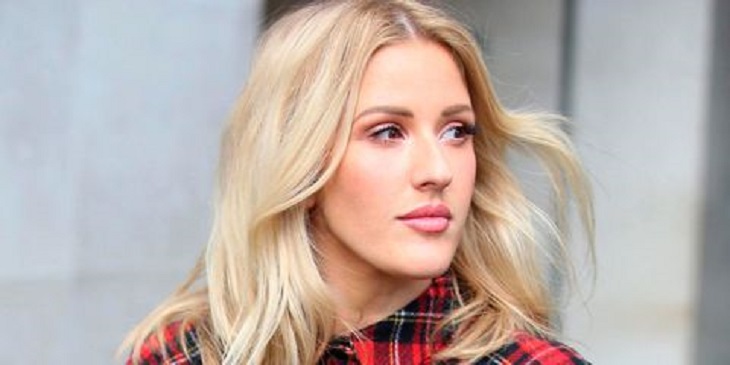 We've all had that moment when you see a homeless person but you don't have any spare change, or can't afford to give any money.

Figures suggest more people are becoming homeless, but nearly 70% of people don't know what to do when they see someone affected, according to research group YouGov.

It found that most people feel angry, upset, or frustrated about the state of homelessness across the country, but feel powerless to help.

Ellie Goulding, who works with charities, has told Newsbeat there are small things we can all do.

"Homelessness has been on the rise every year which is why I will scream about it as much as I can," the singer says.

So what can you to do help?
"If you see someone on the street, even if you don't have any cash on you, I genuinely think the interaction is more important than anything," Ellie says.

"People on the street end up having a lack of social skills and not having friends or a connection with people. So if you don't have the money, just have a conversation."

If you see someone sleeping rough, the advice from charity Crisis is to contact Streetlink in England & Wales, or the local council in Scotland, to connect that person with the homelessness services in their area.

If you have immediate worries about their welfare, they say you should call 999.

There are mixed views on whether to give money directly to rough sleepers, with some groups warning it can fuel addictions.

But others say it can be essential to help them buy the basics.

Either way, you can also give cash to charities or donate to clothes banks and charity shops.

Crisis says with temperatures dropping, offering a homeless person a hot drink, a blanket or warm clothes can also be a big help. It's thought at least 320,000 people are homeless in Britain, including those living on the streets, sleeping in cars, trains, and tents, or living in temporary accommodation.

Nearly 5,000 are thought to be sleeping rough in England.

'Homelessness can happen to anyone'
Ellie thinks there's a still a stigma around homelessness and that many people think anyone on the streets is "either a drug abuser or they did something to mess their own life up" which she says "is absolutely not true".

"All it takes is for a partner to leave, the money to go away and before you know it, your family have abandoned you and you find yourself on the street."

She's an ambassador for the Streets of London charity and is hosting a fundraising concert on 20th December at the Wembley SSE Arena.

It will be the singer's fifth concert with the charity which has homelessness projects across the capital."I literally do a speech at every show and I give them a list of where the money will go specifically," she tells Newsbeat.

Dua Lipa, Years and Years, Mabel and Bastille are also on the line-up this year.

The government's promised £100 million for projects to try to end street homelessness by 2027.

But that's not enough for Ellie.

"I wont be able to stop concentrating on it until I feel like something is really being done," she says.