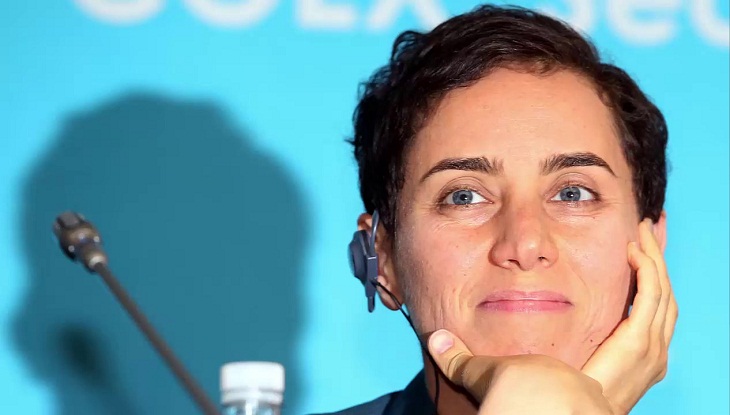 Iranian mathematician Maryam Mirzakhani -- the first woman to ever win the Fields Medal since the award was established in 1936 -- passed away on 15 July, 2017 at the age of 40 after a four-year battle with breast cancer. The Stanford University mathematics professor was awarded the prestigious honor, which is known as the "Nobel Prize of mathematics," for her contributions to the fields of geometry and dynamical systems.

In speaking of Mirzakhani's tremendous legacy, Stanford President Marc Tessier-Lavigne said : “Maryam is gone far too soon, but her impact will live on for the thousands of women she inspired to pursue math and science.”

In an interview after she received the Fields Medal, Mirzakhani described how she decided from a young age that she wanted to do something great with her life. As a young child, she loved reading and would tell herself stories about the adventures of a remarkable girl who would travel the world, become mayor, and perform incredible feats. She was inspired by female role models such as Marie Curie and Helen Keller and had hopes of one day becoming a writer.

Her ambitions changed in middle school when she first discovered her aptitude for math with the help of a supportive teacher. By the time she reached high school, Mirzakhani made Iran's International Mathematical Olympiad team -- a first for a girl. She won gold medals two years in a row and became the first Iranian student to achieve a perfect score her second year. She observed that the challenge of the competitions helped deepen her love of mathematics, explaining: "You have to spend some energy and effort to see the beauty of math."

After attending college in Iran, she went on to graduate school at Harvard University where she became fascinated by hyperbolic geometry. This interest inspired much of her early work which, according to Stanford News, involved "solving the decades-old problem of calculating the volumes of moduli spaces of curves on objects known as Riemann surfaces."

After she received the Fields Medal, which is awarded every four years to recognize the world's most innovative mathematicians, Mirzakhani told Stanford News, "This is a great honor. I will be happy if it encourages young female scientists and mathematicians." And, she expressed her belief that there will be many more women honored in the future because “there are really many great female mathematicians doing great things."

Nurse overcomes own struggle with partial paralysis to provide healthcare