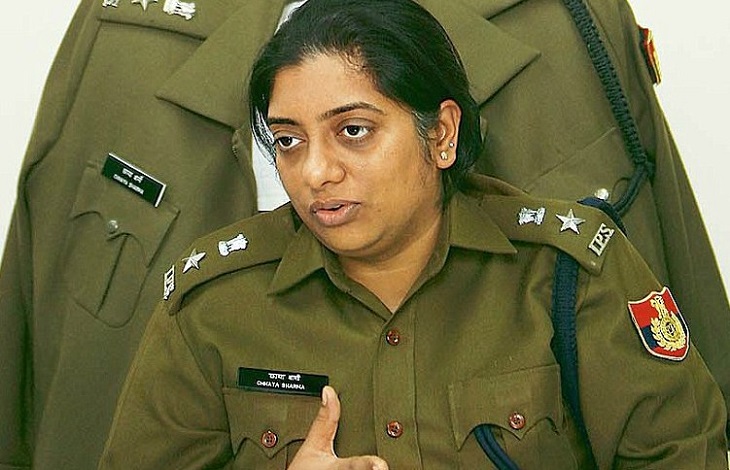 Almost everyone in India remembers the Delhi bus rape - known as the Nirbhaya case. The horrific events of December 2012, when a young student was gang raped and assaulted as she travelled home from an evening at the cinema, were so shocking, they left a collective scar on the psyche of an entire country.

So when it was revealed that the brutal attack was to be made into a police procedural drama for Netflix, many asked: Why? For actress Shefali Shah, though, there was never a question that this particular story should be told.

"As a person - as a woman - yes, Nirbhaya was about the sheer loss of light, the pain, the agony," she told the BBC.

"But when I read the script, I realised there was another woman - not a man - who picked this up and fought it through and got justice. She fought for all the women in this country."

That other woman was Chhaya Sharma, then the deputy commissioner of police (DCP) for south Delhi, and renamed Vartika Chaturvedi in director Richie Mehta's seven-part series called Delhi Crime. She is the star of the show - but that is exactly how it had to be, says Mehta. Without DCP Sharma, he believes, this could have been a very different story.

"To me, it all stems down to the fact that if the female DCP was not the first person to arrive at the hospital and did not get a chance to see this victim, and react the way she reacted, they probably wouldn't have caught these guys," he explains.

"It was her reaction as a human being, as a woman, that marshalled everybody to make this happen."

That night is seared on Chhaya Sharma's memory, but as for whether or not there would have been a different outcome had she not been the first high-ranking officer to arrive, she cannot say.

"I don't know that if a male DCP handled it, the case would have been different. I can't really say - it depends on the sensitivity of the officer, male or female," she told the BBC.

"But being a woman, I think it gave some credence to the case. When it's rape, something happens to me - seeing the critical condition the victim was in, it moved me."

Indeed, the viewer is not spared the truth about the condition of the young woman - who had been brutally raped and assaulted with an iron instrument, causing appalling, and ultimately fatal, internal injuries. A doctor's description of the damage inflicted by the men is breathtaking in its horror.

Sharma says that Shah, who plays her alter-ego DCP Chaturvedi in Delhi Crime, captured her reactions perfectly: the need to distance herself and be professional. But under the surface, she was feeling many of the same things people across the nation would feel over the next few weeks.

"If you can't protect somebody else's daughter, how can you protect your own? I didn't look at this objectively - I reacted with empathy.

"My first thought when I understood what had happened was disbelief. I thought no one could have done something like this. A lot of rapes happen but the level of injuries here was astonishing. I just felt like I had to take this on."

Sharma did not go home again for another three days: everything was focused on finding the men who, she knew, could slip through their fingers. It is this investigation - and the team of officers which Sharma formed - which Delhi Crime focuses on.

Yet some of the criticism in Indian newspapers ahead of the series' release has been on the decision to focus on the police, rather than the victim.

"The only people the show humanises are the police. All other characters - protesters, families of the culprits, victim's kin, media, politicians and civil society - spout synthetic dialogues that help them fit perfectly into the narrative of how the Delhi police fought a brave battle to nab the culprits and earned very little praise for it," Piyasree Dasgupta wrote in HuffPost India.

"And here's what the Delhi police actually did: a job they are paid to do."

Indeed, there is a general feeling of mistrust towards the police in India, especially when it comes to reporting sexual offences. A Human Rights Watch report, published in November 2017, found many victims trying to report sexual assaults were still being humiliated by the police who "frequently" refused to even register their complaints.

Official statistics show how hard it is to get a conviction, even if you do go through the process. A recent Reality Check report for the BBC noted that just a quarter of cases that reach conclusion resulted in convictions - but few cases even get that far.

The fact that this case was a success for the police, though, was one of the main reasons why Mehta - who dedicated years to the project, speaking to as many of the officers involved as possible - felt it was a story worth telling.

"In this particular case, there was so much public anger pointed towards them. 'Why did this happen? You have failed us, you have let us down as individuals as an institution'," he explained.

"As I got to know them, I wanted to look into that. Like, wait a second, in this case, they didn't let anyone down. They did everything they possibly could - everything humanely possible to do this right."

It does not take long for the viewer to see just how hard it was to even do that: from struggling to get a forensics team to the scene, to not having the right vehicles, not to mention the long hours and difficult colleagues.

"It's not just that they do their job - in this show, you see the circumstances they are working under," Shah points out.

"All these guys are spending out of their own pockets. And then they do not get appreciated for what they do. Some of the cops see their families once in two months. They work round the clock under not great circumstances. They are doing the best they can."

Of course, there is always something that feels slightly unsavoury about a case like this one being turned into entertainment - Mehta even admits that he was initially reluctant to create a drama series.

"I initially didn't think it was appropriate - I didn't think anyone should make a film on it, certainly not me," he said, recalling the moment it was first suggested to him six years ago.

He changed his mind after reading the court verdict, and meeting the people involved.

But there is another reason for making this series.

"The point of making something like this is not just a creative one. You're dealing with such a sensitive subject that affects all of us," Shah noted.

Indeed, that is the hope of the victim's parents, who Mehta spoke to before the series came out.

"Their response was if something good can come from this, this interpretation, then go for it," he said.

Speaker off to New Delhi to attend IMF workshop

US Senator McSally says she was raped by a superior officer