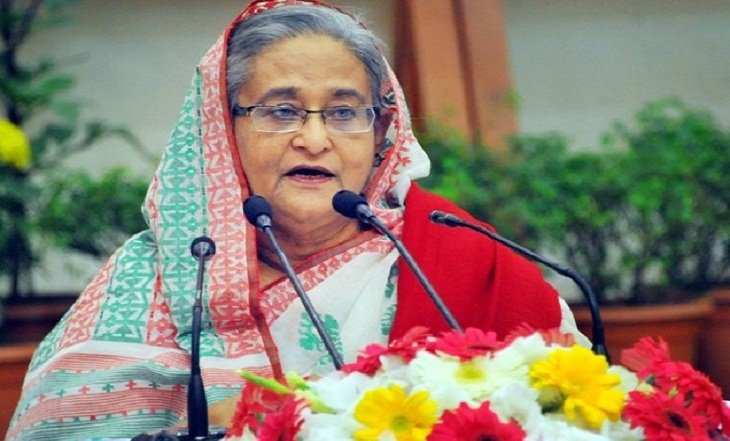 Prime Minister and Awami League President Sheikh Hasina today came down heavily on the Jatiya Oikyafront for its ugly attitude in the Election Commission and rebuking the police.

“None is being spared from the Jatiya Oikyafront leaders’ loathsome behaviour. They engaged in quarrel going to the Election Commission and also scolded the police in unspeakable language,” she said.

Pointing finger at Dr Kamal Hossain, the Awami League president said people do not expect such indecent behaviour from him, who is labeled an internationally reputed lawyer.

The prime minister was addressing election rallies in Chandpur, Kushtia and Naogaon districts through a videoconference from her Sudha Sadan residence at Dhanmondi here this afternoon.

“He also threatened reporters by uttering “khamosh” (shut up),” she said.

The prime minister urged the countrymen to reelect the Awami League to keep up the country’s development spree and serve the people again.

“We’ve already executed many projects in the country while many mega schemes are under implementation. So, I call upon the countrymen to continue the pace of uplift and give us another scope to serve the people again by casting votes for ‘boat’, the Awami League’s electoral symbol,” she said.

She also called upon the countrymen to reject the BNP-Jamaat in the December 30 polls so that they do not come to power.