Madhuri Dixit: I always wished for movies to be progressive for women 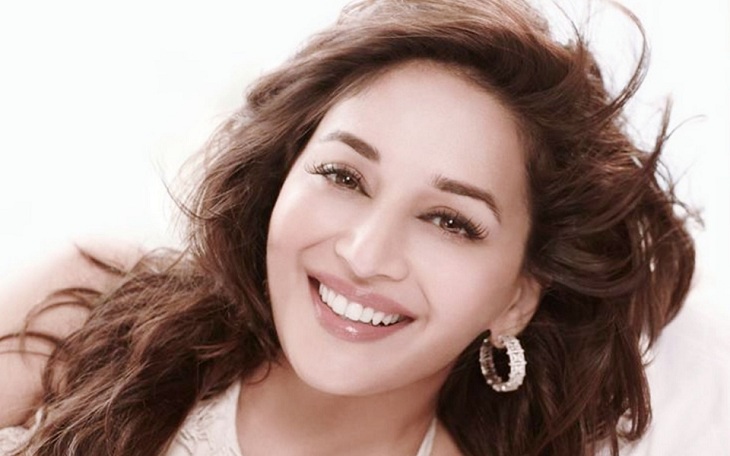 After wearing many hats, what made you turn a film producer with the Marathi movie August 15?

Why did you choose this script?

The story was relatable as it’s about chawls and how people live there. My relatives used to live in chawls. Even though I grew up in a building in Mumbai’s JB Nagar, which was not a chawl, everyone kind of knew what’s happening in each other’s homes.

We used to celebrate all the festivals and special occasions together. If something went wrong in someone’s home, we were all there to help them out. So, this story of one day when a chawl celebrates Independence Day felt familiar to me. That apart, the movie speaks about freedom — personal freedom, freedom to love and choose one’s profession. It is a beautiful comedy and layered. It also has a very Maharashtrian flavour.

At the time of hyper-nationalist movies, one character in this movie rues that the partition of India and Pakistan should not have taken place.

There are people like that who wish certain things. But you know if wishes could be horses… What we have tried to bring together in the movie are different perspectives and views. We are talking about unity and love. Finally, love sets us all free.

After spending so many years in the industry, how do you position yourself today?

Turning producer is an experience that I thoroughly enjoyed. I enjoyed facing the camera too. This year has been very eventful for me. It started with me acting in my first Marathi movie, Bucket List. Then, I appeared in Total Dhamaal. I was producing August 15 and acting in Kalank simultaneously. My television show Dance Deewane will take off soon. It is going to be a busy year. But it has been a pleasant experience.

How different is it from the ’90s, when you were a much sought-after actor?

I used to be very busy. We used to do three shifts in a day. I don’t miss that. I’m still very busy. There are two teenagers (her sons Arin and Raayan) at home. That’s another production that I have to look after (laughs). Now, we also have a puppy, Carmelo. It’s another undertaking.

You opted for content in the ’90s, when you were at the peak of your career in mainstream movies.

At that time, there were commercial movies and artistic movies. Those who acted in commercial movies stuck to that. When I did Mrityudand (1997), everyone was surprised by my choice. Some questioned me on why I wanted to be in khadi saris. My answer to them was that it’s a story that should be told. I was very adamant. I received a lot of appreciation for it. It required me to act, but in a different atmosphere — more realistic and without larger-than-life characters. It gave me an opportunity to do something different from what I was doing. It gave me joy. I always wished for movies to be progressive for women.

Yes, of course. Our audience has matured too. If you watch Netflix there is so much content on it and the audience is getting educated about movies from around the world. They are more open today to different subjects than they were 20 years ago.

We associate you with acting and dancing. Is there something that we don’t know about you?

I sing as well. I have to work on my album. I have started picturising the songs. We will drop singles first. We are still figuring out how to get the album out, report The Indian Express.

Have you given writing and directing a thought?

I don’t know. One thing at a time. Now that I have produced a movie and seen it to fruition, I’m happy with the product. Since it is on Netflix now and is being streamed in 195 countries, it would give the viewers a peek into Indian culture and life. We may produce more content eventually.