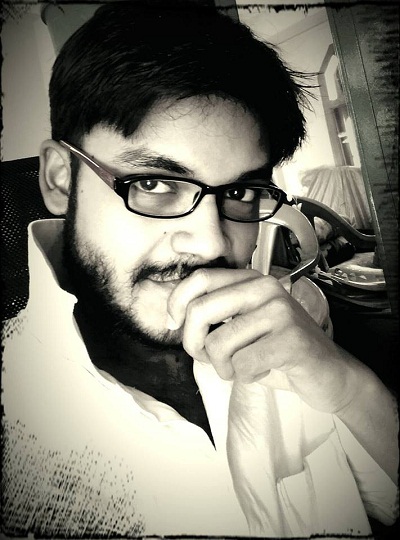 Intellectuals, a word more common than a cigarette for a chain smoker, is the most hated word of the present India. Why? If I rationally make an assessment of the cause then the answer would be very simple - because they fight for what the foundation of their stature is, that is, freedom. Now can you see the vague image of one room separated into two. In one room, there's discussion among the people following a ideology that has a solid foundation. While the other has a bunch of people who are discussing ways to stop the people who are making others think of what is the pride of India without a dicourse. The latter have their hands filled with certain materials that are relevant to the past. While the former have their hands filled with materials which provided the field for the materials of the latter to cultivate. Today, when a document or movie or any kind of communication process is launched against a ideology for the mass to follow the base, then the document is either perished or they are verbally scandalised.

When intellectuals think and they protest then they are doing what their instinct says. When a student protests, with thousand others then the mass fascists criticise them both verbally and physically. Ironically, the protest of the latter is seen to be rising without even having a base. Can't we just make a room for our unstable mind to be stable? Students are the crop of a field. When we try to stop the protest, by taking actions with our unstable mind, then we are unknowingly trying to make a crack over the field to make the crop perish. One after one after one, the count stops when infinity loses her image. Who dies after that?

Our intellect says what we are, so if we hate the word intellectual, then we are making hate to spread just to find the barren land after the burning stops, instead of listening why they are protesting! Why Nandita Das, Amartya Sen, Deepa Mehta, Arundhati Roy alongwith students of various states, are against the activities of present India? Just to make us blink for once, so that we see what's the scenario. Parents are the first intellectuals we face. If we can follow them, seeing that after 20 years we are in the right spot, then can't we just listen with proper discourse, instead of counting the heads of religious characters, to make us a puppet with compulsion as the push from behind? The whole work is going through this "holocaust shaped process". We can see that the process is a complicated one with several virtual terms where if one term gets erased then the whole process has no output. Can't we just make us think before attempting what we know is the right and rational way by having solutions from two fertile sect (one with protest while others against the protest)? A country runs by having proper skill. Not by thrill.

BGB rescues 2 girls while being trafficked to India