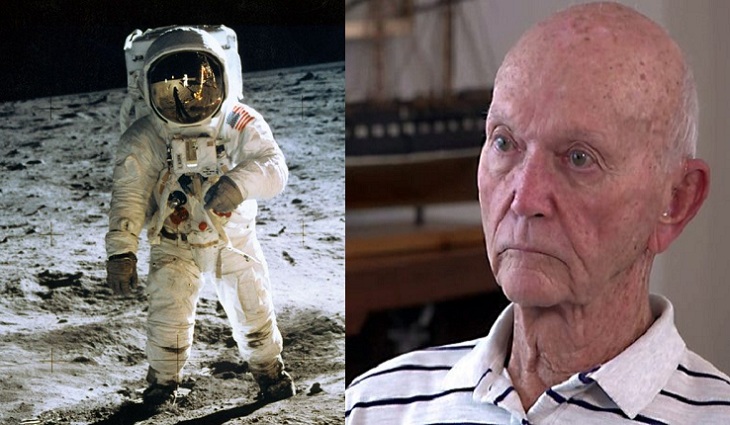 One of the surviving crew members of the first manned mission to the Moon- Apollo 11 - has returned to the site where the mission set off 50 years ago.

Mr Collins had stayed in lunar orbit while his colleagues Neil Armstrong and Buzz Aldrin walked on the Moon.

Tuesday's meeting kicked off a series of commemorative events across the US.

Mr Collins was the only original member of the three-person crew at the event - Mr Aldrin, 89, did not attend, while Mr Armstrong, who was their commander, died in 2012.

Elsewhere, celebrations took place in cities across the country and will continue throughout the week.

At the National Air and Space Museum, the spacesuit worn by Armstrong during the mission was put on display for the first time in more than a decade.

On 16 July 1969, Neil Armstrong, Buzz Aldrin and Michael Collins were strapped into their Apollo spacecraft on top of the vast Saturn V rocket and were propelled into orbit in just over 11 minutes.