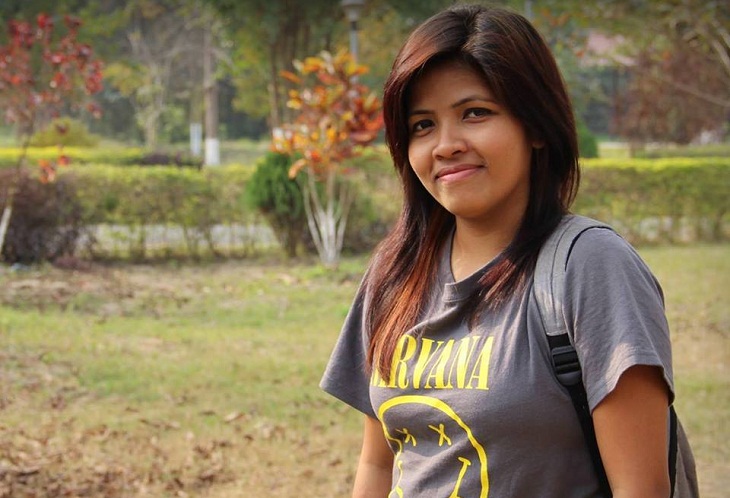 ‘Woman’, ‘lady’, ‘Female’ each time we come across these type of expressions the first thing which come to our mind is the Mother, the Sister, the Wife or so and so. With the altering time, with the technological advancements, with the budding society we all imagine that the position of a Woman is “Changing”. Yes, we are changing; yes we are altering and a big Yes to all my countrymen who think that Time is “Changing”. Women are receiving education; Women are going to schools, becoming successful in each and every step of career in every kind of fields. But I do not think so; I do believe that ‘Nothing has changed’. We still get raped, we still get physically abused, we still get maltreated, we still get harassed, we still face the prejudice and violence and we still live in a society where we face these circumstances.

The story of Muskaan, a girl from Suprakaandi, Karimganj has reminded me that Women are still at the same place like the previous. This girl was brutally beaten, openly harassed by a large number of people, abused and finally mistreated in front of people. No one helped her, no one protected her and no one called the police even. Everyone was busy in deciding about her and that boy’s caste and so and so. This incident happened in day time, people took the video and spread it but no one thought about to call a police or to help them. Their faults? They were just talking that too in a moderate way to be precise. The particular group of people slapped her, abused her along with that guy and they took his identification proofs also. They took her father’s phone number so that they can harass him too. The girl was begging, crying, shouting but of no use. The girl’s father has registered a FIR and Police have arrested three guys but due to the suppression of a powerful political party they released them and now those boys are living freely. I hope people know which political group I am talking about.

The most pathetic thing is our government is taking up numerous steps regarding the safety and security for women but those are off no use. Caste, Religion, Government, Society, Sex, Gender and most importantly People, these are the shackles of women, which tightly hold us for taking a breath even. What was her mistake?  She was talking to Muslim guy and that’s it. There are endless numbers of stories like her, I know this story will also be faded away but the question of women rights will be the same again. I know people will read and forget it but just think about your own members. Muskan can be anyone of us, anyone of you. Time has come to think where our society is up to, where our government is up to, where our people are up to and most importantly where our thinking is up to?

‘For you is your religion, and for me is my religion’